"The best World Cup ever": See how Qatar is helping bust myths about Islam & Muslim 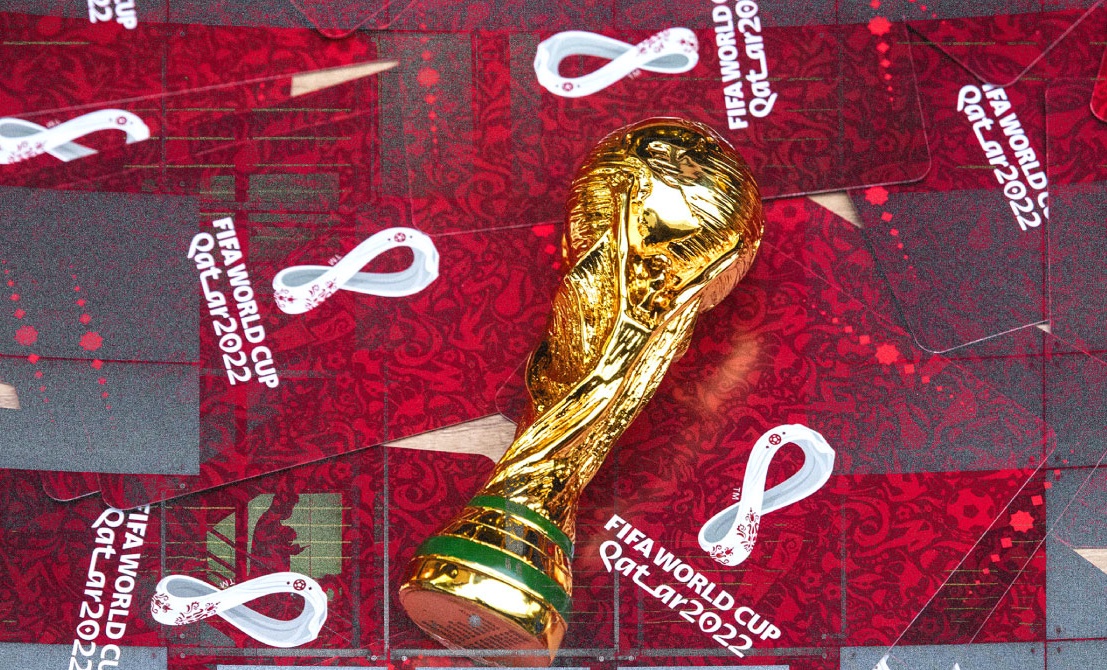 Despite initial criticism, the Qatar World Cup 2022 has already been dubbed the "Best World Cup ever" on social media and it's busting plenty of myths about Muslims and Islam.

Many believe that the western media, mainly European media, was unfairly critical and hypocritical in its pre tournament coverage. But even UK broadcasters are beginning to change their tune now.

ITV’s football presenter Mark Pougatch tweeted an ‘honest assessment' of the World Cup, saying that it allowed fans from Africa and the Middle East to take centre stage and that the atmosphere was friendlier and calmer without the hostility and aggro associated with alcohol.

Despite the initial outcry about the alcohol ban, women have reported that it’s safer and better for families thanks to the ban. Ellie Molloson, who campaigns to improve match day experiences for women told The Times “I’ve got to say coming here has been a real shock to my system. There have been no catcalls, wolf whistles or sexism of any kind.”

In general, this World Cup seems to have busted many myths and has highlighted the friendliness, respect and hospitality associated with visiting a Muslim country.

Here, we look at some of those positive stories from the past couple of weeks.

England fans tell everyone about the hospitality and friendliness of the people in Qatar.

England fans praise Qatar World Cup organisation. Here are some of what England fans had to say about their time at the World Cup so far.

These fans eagerly explain what they love about Qatar and the Muslim culture.

Brazil's coach Tite gets emotional talking about how an Arab man, draped in a Palestinian flag, offered to carry his sleeping grandson to the metro. “He sympathised with us and showed us humanity.”

After the group stage match between 🇧🇷 and 🇷🇸 the family of Brazil's coach Tite was walking to the metro and one of his grandsons had fallen asleep . An Arab man draped in 🇵🇸 offered to carry him for the family . This made the coach emotional .pic.twitter.com/JVPlMDQ9Dw

To help foster understanding and respect, several football fans have tried on the hijab.

Maymi Asgari, the hijabi football freestyler, who was invited to the World Cup in Qatar to break stereotypes and wow fans

Meet Maymi Asgari, the hijabi football freestyler who was invited to the World Cup in Qatar and has gained so many fans with this viral video.#WorldCup #Qatar #Hijab #Women pic.twitter.com/MILSMMKdCZ

Despite the opening ceremony not airing on UK terrestrial TV, many still saw Morgan Freeman and Ghanem Al-Moftah share some important Islamic messages about unity and understanding.

During the opening ceremony of the World Cup, Morgan Freeman and Ghanem Al-Moftah shared a moment of reflection on the division in the world and how Islam's message is a message of unity and understanding.#worldcup #qatar2022 #football pic.twitter.com/iuSfAvn3d5

'Many of the visitors admit that their view of Islam and Muslims was tainted by a lot of unjustified prejudice, but being in Qatar has helped change their views a hundred and eighty degrees'.#Qatar #Islam #WorldCup pic.twitter.com/surmObFlr3

For the first time, Friday Jummah prayers were held outside a World Cup football game.

Meanwhile, there have been multiple stories of people converting to Islam after engaging with Muslims and finding out more about the faith whilst in Qatar.

Reports of multiple fans taking the shahada during the World Cup have surfaced online with the games only being a week in.#worldcup #islam #shahada pic.twitter.com/IdVWtcDuhd

This World Cup has shown the support Palestine and Palestinians have around the world.

This is killing me pic.twitter.com/1MvbQhD92X

And Muslims players have impressed this tournament not just on the football pitch, but off it too. Here’s Achraf Hakimi showing the status mothers have in Islam.

The best world cup ever, every races can enjoy themselves with each other without problems. pic.twitter.com/5mhpfkLhDF

Muslims and the Japanese

Every single World Cup i have ever watched in my Life had people be drunk af and fighting and assaulting eachother. This World Cup i have seen Arabs , Blacks , Whites , Asians all dance together to some random Arab songs. Its genuinely the best WC ever man pic.twitter.com/aY64cN22je

Arab fans took the competition out of the football stadium after they challenged Brazilian fans to a dance-off outside #LusailStadium in #Qatar.#QatarWorldCup #WorldCup #qatar2022 #anews pic.twitter.com/cSg8t9Zmy6

Finally, we can’t finish without looking at why everyone has their eyes on Qatar in the first place – for the football. There have been major upsets and exciting games with Muslim countries at the centre.

Saudi flipped the script first, beating one of the favourites for the tournament, Argentina.

Saudi Arabia has just beaten Argentina 2-1 in their first match of the group stages. Is it coming to Makkah?#SaudiArabia #Argentina #Messi #worldcup pic.twitter.com/kMumOrPjiL

Morocco topped their group, beating Belgium (second in the FIFA rankings) and finishing ahead of Croatia, finalists from the last World Cup.

After beating Canada 2-1, Morocco have won their group and becomes the first Muslim country to qualify first in this year's World Cup. The first time this happened in the history of the World Cup was also Morocco in 1986.#WorldCup #Morocco #Qatar #2022 #FifaWorldCup pic.twitter.com/gdv6hyxG6S

Senegal was the first Muslim country to make it through to the last 16.

Senegal is the first Muslim country to reach the next round in FIFA World Cup Qatar 2022.#qatar2022 #senegal #worldcup pic.twitter.com/EqTF0eY4SK

Tunisia's historic win over France in their final match of the group stages of the Qatar World Cup 2022.#WorldCup #Tunisia #France pic.twitter.com/bU2s7xnHSW