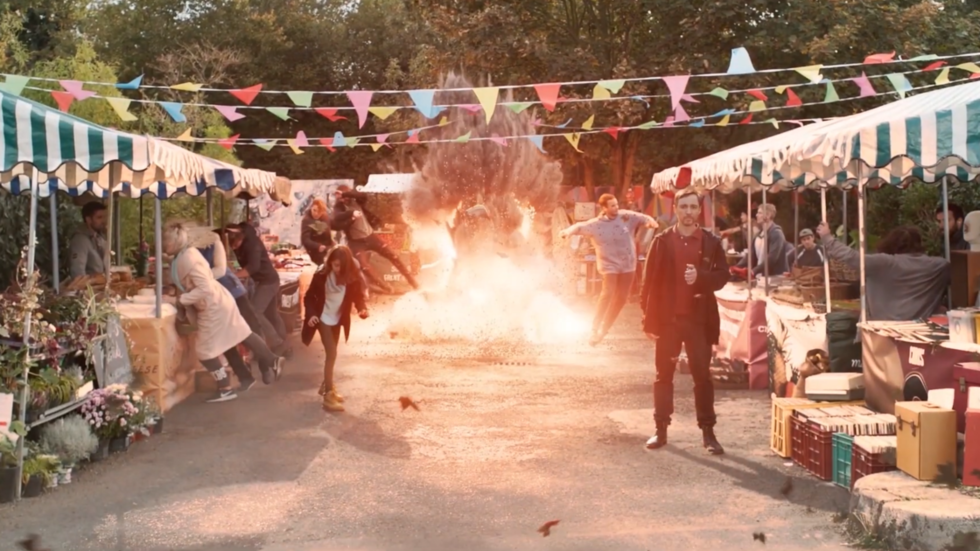 A Muslim being depicted as a suicide bomber might be seen as reinforcing a stereotype but that's certainly not the case in Rizwan Wadan’s new video, which encourages viewers to think again about their perceptions of Islam.

British filmmaker, Rizwan Wadan, of production company, Pixeleyed Pictures, is the man behind the campaigning organisation entitled Error in Terror.

The organisation is supported by the film industry and those who work in it and its aim is ‘to tackle the dangerous narratives that plague our modern communities to inspire a more tolerant and peaceful society through the visual medium’.

It focuses on debunking the myth that terrorism is linked to any specific religion.

Wadan has just launched a hard-hitting new video addressing the perceived association between Islam and terrorism, which he hopes will make viewers think twice about their own prejudices and perceptions of Islam, as well as inspiring other Muslims to join him in working to reshape the image of Islam.

The clip is under two minutes long but the project cost £1.2 million to create, which was possible thanks to fundraising via the UK film industry and other supporting partners.

He said of his project:

“We are trying to unite communities, and we’ve made a really powerful visual deterrent. I abhor the terminology ‘Islam terrorism’; it’s like a double negative. We’re just people, and evil has no religion, race or nation.”

Recently, prominent British Muslim actor, Riz Ahmed, co-authored a report which highlighted the severe lack of Muslim representation in film in the UK and other English-speaking countries. Wadan too is keen to use his cinematic skills to spread peaceful messages, in a world where so many of the negative messages, which we absorb, are generated from or reinforced by powerful visual content, whether that’s in film, on social media or on the news.

He explained: "I just thought these people do not represent what Islam stands for. What I was seeing on the screen was an image, so what I’ve got to do is grab that image, take it from something negative and point it at the things it’s not being pointed at. I picked up the camera and have never studied so hard in gaining these skills.”

He elaborated on his sense of responsibility as a film-maker and as a Muslim:

“Everything we do is a form of expression. Ultimately what you do leaves behind a story. We are living in a day and age where cameras are there, so the real lessons for these individuals is that you’re going to become someone’s story, and someone is going to edit that story – what do you want to be, and what message do you want to leave behind? I’m the only Muslim in the world that’s blown up a marketplace and got away with it. I can go blow up another marketplace. I’ve lived to tell the tale.”