The Day of Arafah 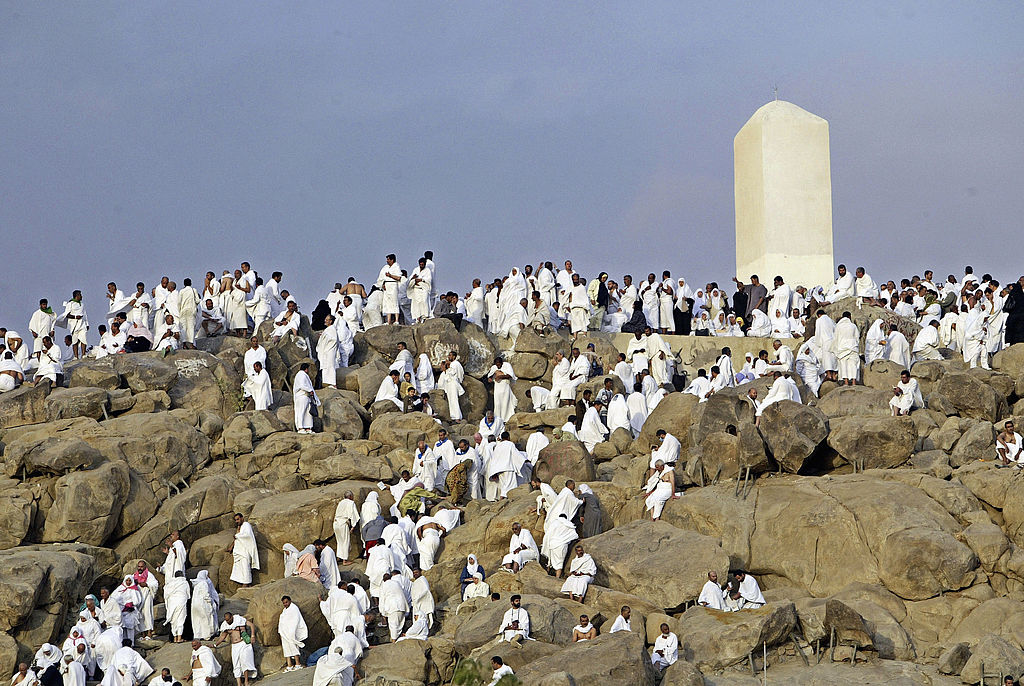 It is the Day of Arafah - one of the greatest days in the year.

It is seen as one of the most important rituals in Hajj, where pilgrims spend the day in ibadat — praying, crying and making sincere dua.

After sunset, worshippers will head to Muzdalifah, where they will sleep under the stars before the "stoning the devil" on Saturday.

Emotional Scenes: Pilgrims atop Mount #Arafat engage in Dua (supplication), where they remain until nightfall in deep contemplation and worship. #Hajj2022 pic.twitter.com/6hDxxSAIsG

Watch live: Throughout the day, Islam Channel will broadcast live coverage from the Hajj

Find out more about the significance of the Day of Arafah in our "How to Hajj' series.

"We can tolerate (the heat)"

The Hajj can be physically draining even in ideal conditions, but worshippers this year have faced an added challenge: scorching sun and temperatures rising to 42 degrees Celsius.

Many pilgrims have been shielding themselves with umbrellas and prayer mats.

"We can tolerate (the heat). We are here for the Hajj. The more we tolerate, the more our pilgrimage is accepted," Laila, a 64-year-old Iraqi pilgrim told AFP in Makkah before reaching the mount.

Saudi officials have highlighted the hundreds of hospital beds allocated for heat stroke patients and the "large number of misting fans"  provided.

A truck has also been allocated to distribute umbrellas, water bottles and small fans, while warnings are sent to pilgrims on the best times to go outside to avoid the heat.

One million fully vaccinated Muslims, including 850,000 from abroad, have been allowed at this year's Hajj, a significant rise after two years of drastically curtailed numbers due to the coronavirus pandemic.