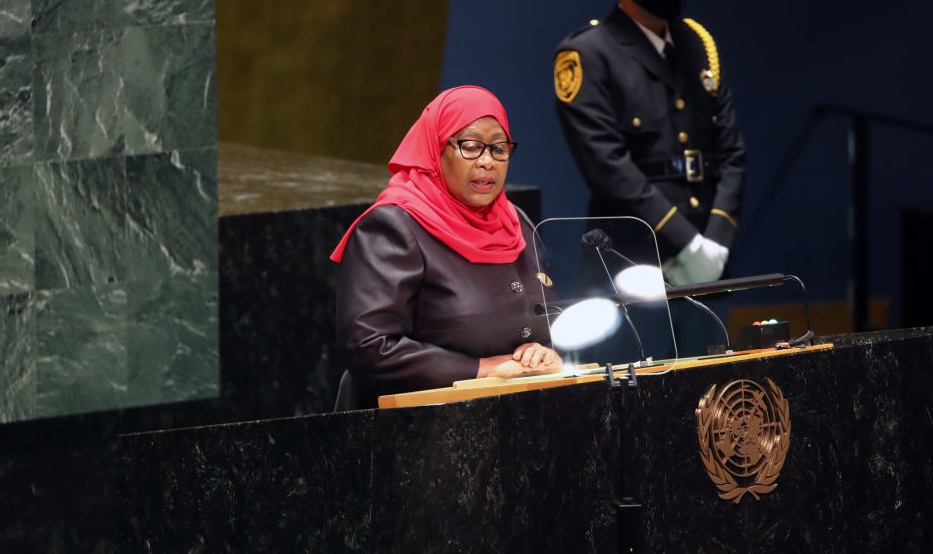 Tanzania's president Samia Hassan and Turkish-German scientist Ugur Sahin have been named Muslim woman and man of the year in the 2022 edition of 'The Muslim 500.'

‍Woman and man of the year

‍Tanzania's president Samia Hassan was named 'Woman of the Year' after she became the first female president of the East African nation.

She is one of two women currently serving as president of an African country and the third ever Muslim president of Tanzania.

The RISSC said Hassan has 'silenced' some of her critics by taking a lead on tackling Covid and making the country more outwardly focussed.

Over 1 billion doses of the vaccine, which utilises the cutting-edge mRNA technology, have now been distributed across the world — making it one of the most ambitious scale-ups in pharmaceutical history.

The RISSC said despite his success, Dr Sahin "stays humble", urging that his vaccine be distributed fairly across the globe.

‍State leaders and religious figures make up the bulk of the top 50. Notable exceptions include calligrapher Sheikh Uthman Taha (39) and footballer Mohammed Salah (41). The President of Singapore, Halimah Yacob (36), is the only woman in the top 50.

Dr Timothy Winter (Sheikh Abdal-Hakim Winter), the main force behind the project to build the Cambridge Central Mosque, came in at number 45.

UFC legend Khabib Nurmagomedov also got an honourable mention. The former UFC champion was on a tour of the UK recently, allowing his loyal fans to meet and quiz him about his life, faith and career.

This is the 13th annual addition of the Muslim 500. The publication sets out to find out the influence some Muslims have on the wider community.

It categorises influence as any person who has the power (culturally, ideologically, financially, politically, or otherwise) to make a change that has a significant impact on the Muslim world and Muslims.

King of Saudi Arabia, Custodian of the Two Holy Mosques

Supreme Leader of the Islamic Republic of Iran

President of the Republic of Turkey

Custodian of the Muslim and Christian holy sites in Jerusalem,

Leading scholar for the Deobandis and in Islamic finance

Marja of the Hawza