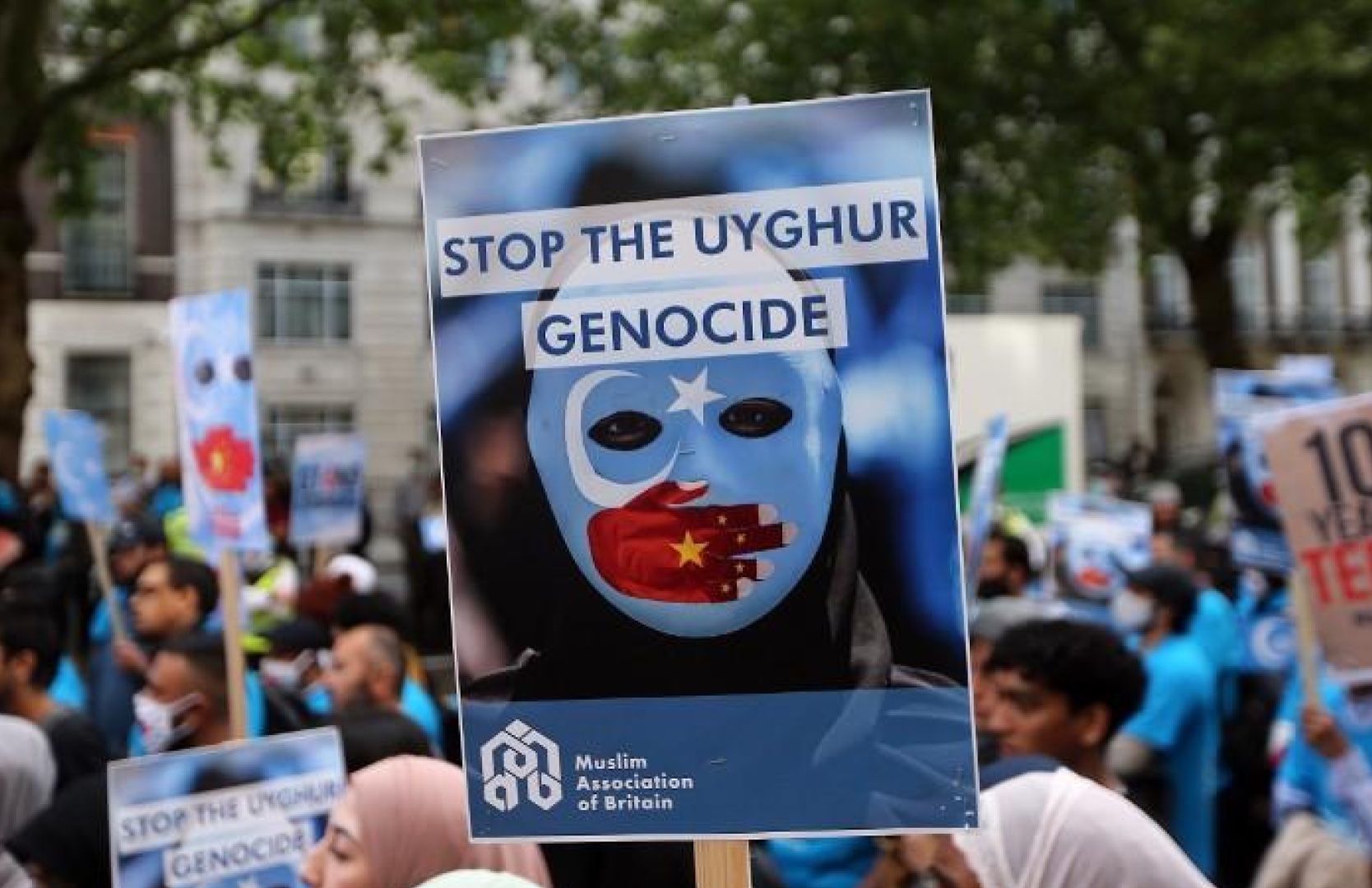 Thousands of people turned up outside the Chinese embassy in London to protest against the oppression faced by Uyghur Muslims in China.

Several organisations came together to hold the Stand 4 Uyghurs event over the weekend with rallies running in London and Manchester. Protestors went to the streets with chants of “We will not be silenced” and demanded the shutdown of the camps in Xinjiang, where experts say millions of Muslims are incarcerated.

“More and more people are finding out about the horrific treatment of the Uyghurs, but not many people know what to do to help them,” campaign coordinator Dr Salman Butt told Islam Channel.

“This longer-term campaign aims to tackle three issues: motivate people by highlighting examples of how powerful their voice is; inform them with accurate information of who the Uyghurs are and what is happening to them; then channelling them towards effective action.”

“Demonstrations like this Saturday’s are a rare opportunity to show moral support to Uyghurs and other oppressed minorities on a weekend which they themselves have reached out to us to make a stand on. It is the least we can do.”

Those at the event included Muslim groups and representatives from different faith communities and other organisations.‍

Social media coverage from the event

Witness testimony from inside one of the camps

This is witness testimony from inside the concentration camps where #Uyghurs are detained. Pyjamas with numbers, heads shaved...where does this sound familiar?
'Never Again' has to mean never again...not just 'never again till next time' #STAND4UYGHURS #UyghurLivesMatter pic.twitter.com/aVUICcOIYs

Really proud of you all in the UK who put all differences aside for a cause that doesn't get nearly the attention it deserves. This is the type of unity and energy that we need. This is the type of solidarity our brothers and sisters need us to have. #Stand4Uyghurs https://t.co/HL5GbSsr0W

This afternoon I joined protestors at the Chinese consulate in Rusholme.

Manchester stands in solidarity with Uyghur Muslims in Xinjiang ✊🏾 pic.twitter.com/ELu8rIs39s

Protestors gathered in London today in solidarity with Uyghur Muslims in the face of oppression.

This #IAM2021, let us challenge the evil of Islamophobic racism wherever it may arise.

More than a million Muslims are in camps in Xinjiang, according to activists. Former inmates say torture, forced labour and sterilisation of women happens at an industrial scale in these camps.

The Chinese government is also accused of forcibly transferring citizens to work in factories across the country. Many of these factories are reportedly part of the supply chains of various well-known global brands.