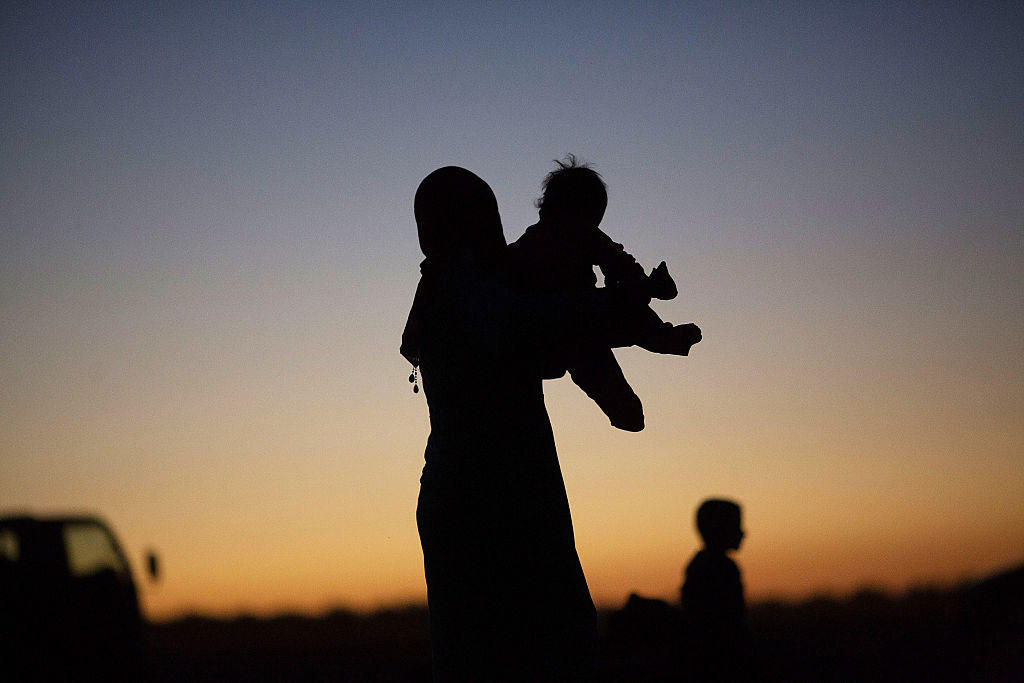 A new parliamentary report accuses Britain of abandoning its citizens, including children, in camps in Syria and reveals how systematic failures enabled the trafficking of vulnerable British women and girls into the country.

The all-party parliamentary group (APPG) on Trafficked Britons in Syria says it received 'compelling evidence' that British nationals, including children, were trafficked to Syria and Iraq.

"The APPG is extremely troubled by evidence indicating that, of British nationals currently detained in NES [North-East Syria] who were not born there, almost half were children at the time of travel and therefore especially likely to be victims of trafficking," the report says.

"The UK Government has now abandoned its nationals – including those whose trafficking they failed to prevent – in indefinite and unlawful detention in NES," it adds.

The group also heard testimonies from families of the trafficked women, who said they were treated like 'criminals' rather than relatives of missing persons by British police.

The APPG heard evidence that the government failed to take adequate action to prevent trafficking and girls leaving the country, to identify and protect vulnerable at-risk individuals and to notify parents and guardians of young girls who were being groomed.

"These were not isolated incidents; rather this was a systemic failure to combat ISIS trafficking operations," says the report.

It also highlighted concerns about the government’s practice of citizenship stripping and called on the UK to repatriate all men, women, and children from the camps in North-East Syria.

"The US has told us to bring British families home and our European allies have shown us how. Any ministers still clinging to the current failed policy would do well to read this report, which sets out the potentially catastrophic consequences of continued inaction.”

During its six-month inquiry, the APPG heard evidence from the families affected, including trafficking experts, current and former government officials from the UK and its allies, former police and prosecutors, and global security advisers.

Several family members dealt with extremely invasive and at "even violent" unannounced police searches of their homes, even though they had been co-operating with the authorities.

The families claimed they received little to no support from other public bodies in their efforts to find their missing relatives and provide evidence of trafficking.

The treatment the families faced had them question their sense of belonging in the UK and belief in Britain as a country that respects the rule of law had been shaken.

One family member described how she felt betrayed and confused as to why her country had abandoned her relative. “I’ve now lost faith in the people who are supposed to help and protect us,” she said.

The APPG also received evidence that the UK Government has made citizenship deprivation orders in respect of at least 19 British adults in North-East Syria, though it expects the number to be higher due to the government's failure to provide transparent reporting.

"The evidence received by the APPG has highlighted several concerns about the UK Government’s practice of citizenship stripping in this context, including that the deprivation of citizenship has been irresponsible, disproportionate, and discriminatory," says the APPG.

The issue of citizenship stripping been in the news recently, as the government proposes changes to its nationality and borders bill which includes a clause that will allow them to take away someone's citizenship without warning or notice.

Research by the Institute of Race Relations shows these powers have been used almost exclusively against Muslims, which conveys the message that British Muslims are not full British citizens.

Baroness Warsi, APPG Vice Chair, told the families of British nationals detained at an oral evidence session during the inquiry: “It is important for me to be involved in this because it could be me, it could be a descendant of my family. I served as the first Muslim in Cabinet in this country, and this country is the only place that my family before and after me would consider home."

"Many of us in Parliament are very concerned by what is happening here, particularly in relation to the precedent that it sets," she added.

In its submission to the inquiry, the Institute of Race Relations said: "The government refuses to see them [young women in NES] as survivors of trafficking and grooming for sexual exploitation, instead treating them as autonomous, informed, and willing collaborators in terrorist acts, ignoring their extreme youth and the power and sophistication of the grooming operation. It also treats their birth, upbringing, and education in the UK as of no account"