UEFA to stop putting alcohol in front of Muslim players 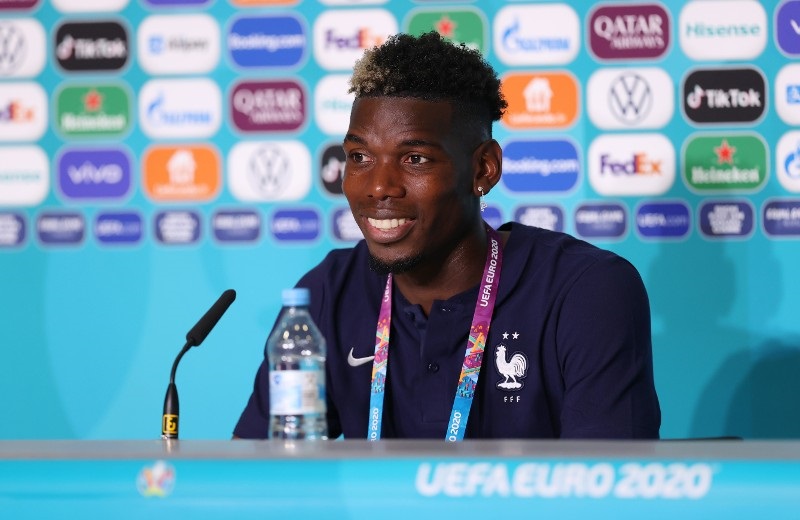 UEFA has announced that it will no longer place alcohol bottles or sponsors linked to alcohol in front of Muslim footballers at press conferences.

The news comes in response to players involved in Euro 2020 removing alcohol bottles, such as France's Paul Pogba, which had been placed in front of them in press conferences.

European football governing body UEFA has stressed the difference between removing alcohol based on religious grounds and removing products based on lifestyle and fitness choices, for which players could face potential fines.

Pogba, being an openly practising Muslim, followed Cristiano Ronaldo's stance as he removed Coca-Cola bottles at the beginning of his press conference following Portugal's match against Hungary.

When asked about what Islam means to him as a person in 2019, the Manchester United midfielder said, "It's everything. That's what makes me thankful for everything."

"It made me change, realise things in life. I guess, maybe, it makes me more peaceful inside. It was a good change in my life because I wasn't born a Muslim, even if my mum was. I just grew up like that, respect for everyone."

"Islam is not the image that everyone sees - terrorism... What we hear in the media is really something else. (Islam is) something beautiful."

"You get to know it. Anybody can find that he feels connected with Islam."

Fellow team player, Karim Benzema, also a devout Muslim and of Algerian descent, noticeably had no alcohol bottles in front of him following France's 2-2 draw with Portugal on Wednesday.

Meanwhile, Saturday sees the launch of a new Muslim athletes charter in the UK, which is the first of its kind. Founded by Ebadur Rahman, who formerly worked for the Football Association, Rahman also shared his thoughts on the Paul Pogba incident:

"Having worked in sport, I am well aware of the difficulties being able to practise my religion,"

"After speaking extensively to athletes and clubs, we felt it was the right time to have a Muslim athlete charter in place in the UK. We believe it is the first and only one of its kind."

"Clubs and organisations are joining a positive movement of solidarity, equality and recognition of the contribution Muslims make at their respective clubs and teams."

Anti-racism campaigners Kick it Out, and the Football Supporters' Association has also given their backing to the charter.

A Brentford FC spokesman said: "Muslims are the second-largest faith community in the UK and the fastest-growing, with around 70 Muslim players at Premier League clubs."

"Assisting clubs to support those players to be themselves both at home and at work is invaluable. This charter and the support that goes with it is something that is needed and will be welcomed by clubs.