Vogue adds Palestine to post about Gigi Hadid after outrage 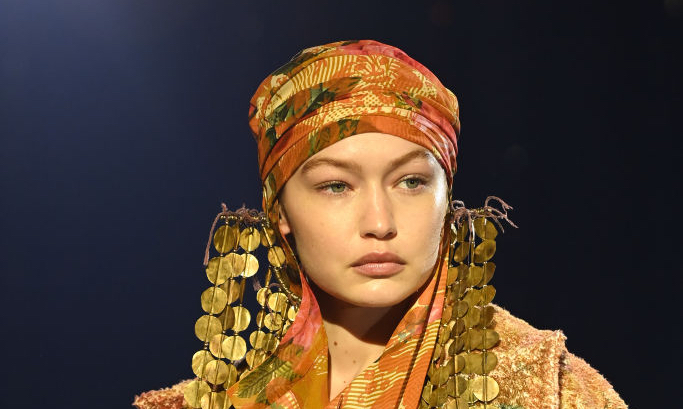 Vogue magazine was forced to update its Instagram post about Gigi Hadid’s donations to Ukraine and Palestine following an outcry on social media.

Earlier in the week, the model said she was donating her Fashion Week earnings to help humanitarian efforts in Ukraine and Palestine. Vogue made a post praising her decision but later edited out "Palestine."

The publication was criticised for making the change and many on social media pointed to how this was an example of how Palestinians face media erasure.

But for the second time in as many days, Vogue amended its post after the backlash to include the mention of Palestine back in.

A note was added to the bottom of the Vogue post reading: “We have updated this caption to accurately reflect Gigi Hadid’s statement on her donation”.

Hadid also released a statement commenting on the censorship of her post and made a point about the existence of anti-Palestinianism.‍

"Hands of Ukraine. Hands off Palestine"

In her original post Hadid, whose father is Palestinian, wrote: "Following in the footsteps of my friend [Mica Argañaraz], I am pledging to donate my earnings from the Fall 2022 shows to aid those suffering from the war in Ukraine, as well as continuing to support those experiencing the same in Palestine."

Vogue wrote about the story on an Instagram post and said: “Today, @Gigihadid announced that she will be donating all of her fashion month earnings towards relief efforts in Ukraine, 'as well as continuing to support those experiencing the same in Palestine'.”

But it soon edited the caption, omitting any mention of Palestine, after backlash from certain quarters.

Hadid’s sister Alana commented on the edited Instagram post, writing: "WOW, you removed Palestine. She is supporting both the crisis in Ukraine and Palestine. It’s a sad time when you can be bullied out of factual reporting."

So @GiGiHadid announced that she will be donating money to Ukraine & Palestine. @voguemagazine posted about this & edited it shortly after removing the word Palestine.

And if this happens to Gigi, imagine what happens to the rest of us. pic.twitter.com/SnDy50EL6u

So @GiGiHadid pledges to donate her earnings from Fall 2022 to relief efforts for occupied Ukrainians *and* occupied Palestinians and then @voguemagazine magazine just erases the Palestinians from its @instagram post on her pledge? pic.twitter.com/rO7xao87lZ

Gigi Hadid donated her Fashion Week earnings to help humanitarian efforts in Ukraine and Palestine. Vogue made a post praising her but edited it to exclude "Palestine."

This is just one example of the ways that Palestinians experience media erasure.https://t.co/MWjBYyOW06

In a statement after the censorship, Gigi pointed out the existence of anti-Palestinianism.

"Cambridge University defines ‘anti-Palestinianism’ as: 'Prejudice, hostility or discrimination against Palestinians; Denial of the Nakba; Accusing a Palestinian of 'latent' racism(s) without cause; Allowing Palestinian exception to all other held liberal or left values/politics,'" she wrote.

She clarified that she is not prejudiced against anyone.

“This is not anti-anything except anti-human suffering and anti-war. If you believe any person or child, anywhere, born or growing up in the many places where there is a refugee crisis, doesn’t deserve this assistance, you are focused on the wrong part."

"These children don’t choose a side in politics - they are born and raised in this and deserve, at the bare minimum, a decent life.”

Her sister and fellow model Bella Hadid also said she will be following in Gigi's footsteps and donate her fashion month earnings to Ukraine and "to support our Palestinian people and land."

Bella Hadid also made news earlier this week when she waded into the debate about double standards people have seen in how Russia's war against Ukraine is covered, versus wars affecting other countries involving Muslims.