'We cannot rely on institutions to tackle Islamophobia. Self-organising is key' 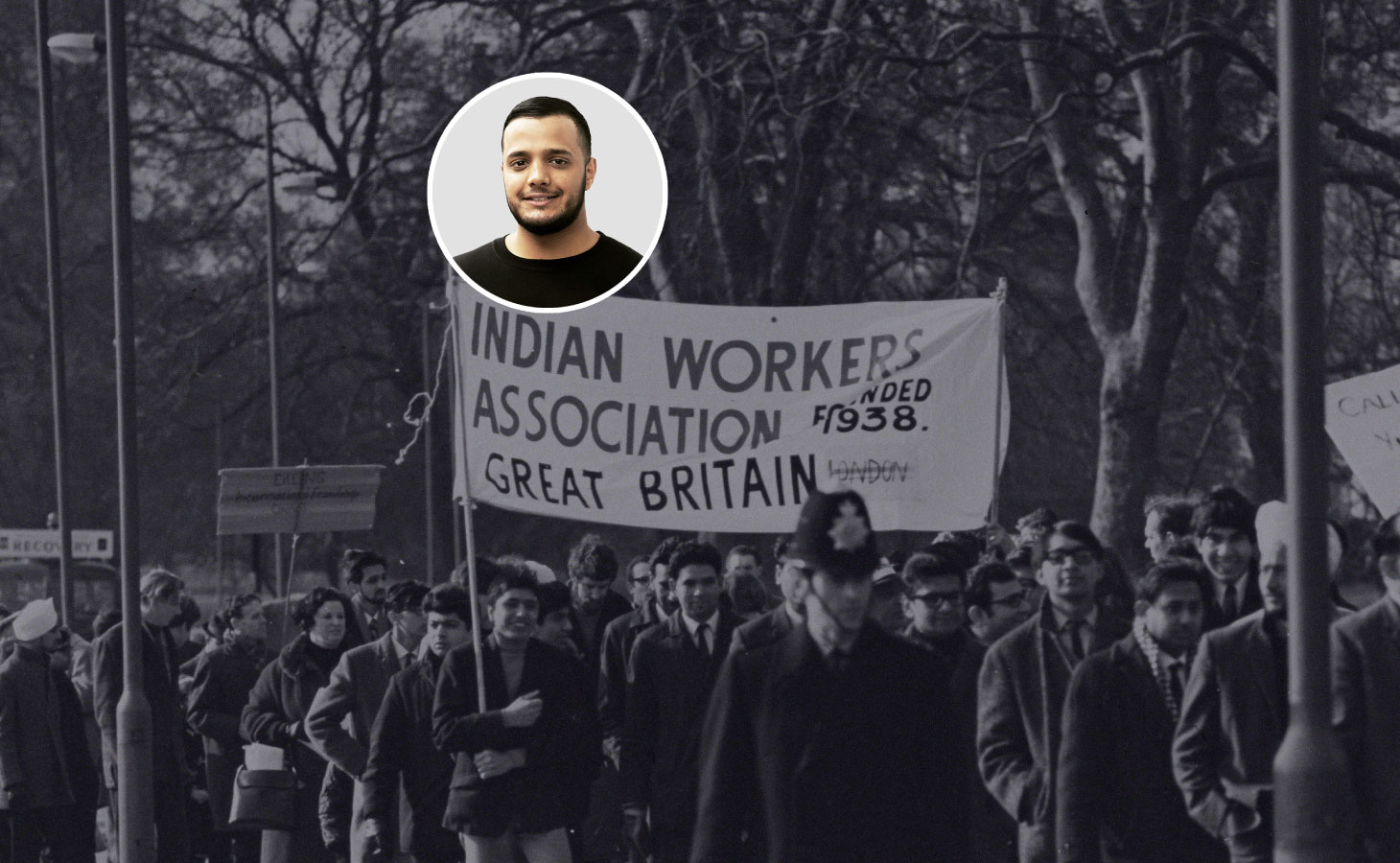 ‍For Islamophobia Awareness Month Taj Ali asks whether Muslims should build community movements to tackle Islamophobia rather than rely on institutions that, he believes, have so far failed to make progress on the issue.

Reflecting on Islamophobia Awareness Month, I'm painfully aware that we have the same conversations every year with very little progress.

Last year, nearly half of all religious hate crimes in the UK were directed towards Muslims. The man who firebombed a detention centre for refugees in Dover last month said he planned to "obliterate Muslim children" an hour before the attack. A mere day later, Suella Braverman referred to refugees as an "invasion" — rhetoric that many feel plays a part in fuelling acts of hate.

Unfortunately, these things are not exactly new phenomena and come as no surprise to many of us. We already know that Islamophobia is an issue across the political spectrum, that our media is riddled with it and that those in positions of power and influence have failed to tackle it. We know that it has violent consequences for our communities. And we know that we face the same challenges as the previous year.

The question is, what exactly is being done about it and, crucially, who should be doing something about it?

Rely on institutions or our communities?

Mohamed Kozbar, chairman of the Finsbury Park Mosque, wrote an interesting piece in the Middle East Eye last week. He rightly said that we see the same ritualistic cycle of statements by political figures promising to stamp out Islamophobia and awareness events, only for the situation to get worse. It’s a frustration shared by many of us and, quite frankly, it is a tiresome task to constantly plead with people in positions of power and influence to take the issue seriously. Kozbar says, rightly, that we must rethink our approach to tackling Islamophobia. He believes that a structural issue like Islamophobia must be dealt with at an institutional level, instead of being managed by the community.

It’s an argument I can understand but don’t see as a practical solution, at least in the short term. Yes, this is a problem at an institutional level but I have very little faith in institutions to solve it without pressure from our communities. In an ideal world, institutions would have an incentive to take action but they don’t. And the reason they don’t is because we as a Muslim community have a lack of political organisation.

If we want things to change, we must first reform our own communities to get to a position where we can demand concessions from those in power. As immigrant communities, we have a rich and proud tradition of political activism in the UK. It’s a tradition that we can learn from, and, in my view, provides a useful blueprint to tackle Islamophobia today.

Last week, I met Mukhtar Dar in Birmingham, a former member of the Sheffield Youth Movement and the Pakistani Workers' Association. He's created an exhibition documenting the history of self-organising within our communities. It’s an important but neglected aspect of our history and one that provides vital lessons for us today.

Against a backdrop of racism from both street gangs and the state, in the 1980s, Asian Youth Movements were formed up and down the country to defend our communities. From organising self-defence of homes and businesses to campaigning against racist immigration laws, they played a significant role in challenging racism and making life easier for immigrant communities.

The power of community organising

Look to the example of the Indian Workers’ Association (IWA), an organisation at the forefront of many anti-racist and working-class struggles in the 20th Century. A potent political force, the influence of IWA in a climate of open hostility and intolerance provides us with vital lessons when it comes to political organising. Established in Coventry in 1938, IWA was anti-imperialist in its outlook and played a role in the struggle for Indian independence from Britain.

From the 1950s, it began to produce a monthly bulletin, Mazdoor. In the absence of institutional support in the face of racism and discrimination, and at a time when the Labour Party and many of the Britain’s leading trade unions remained hostile spaces for South Asians, IWA proved to be a necessary organisation for South Asian workers to flex their industrial muscle and their political will.

Many of the recently arrived immigrants from the Indian subcontinent worked the worst shifts in the factories for measly wages and faced discrimination, harassment and violence in all areas of public life.

In the 1960s, almost half of the Punjabis in many areas of Britain were members of IWA. In Southall, for instance, there were five slates in the IWA election in Southall in 1965. 75 percent of IWA members and perhaps half of the adult Indian males in Southall and surrounding towns participated in the election. It was not uncommon for a crowd of 600-1000 to come to an IWA election meeting. Employers feared them because they were able to utilise the strength of the Indian workforce nationally. Political parties feared them because they could influence South Asian voters too.

The IWA organised on factory floors but also put significant pressure on the Labour Party, with IWA leaders grilling Labour candidates during elections. Following the 1966 General Election, Paul Foot of the Sunday Telegraph wrote, “The Asians, both Indians and Pakistanis, are closely organised, and many of them look towards the leaders of the Indian Workers’ Association for a guide to voting. These votes will not be given lightly. The IWA leaders lean towards Labour. But they have personally interviewed the relevant Labour candidates, grilling them chiefly on the immigration issue. As a result, two standing Labour MPs did not pass the test.”

It’s incredibly inspiring that, in an era of open racism and hostility, the IWA had a significant presence on many factory floors, was afforded significant newspaper space and was able to challenge politicians on key issues. They were able to do this because they were mass membership organisations — and that is the key to the current plight of British Muslims.

We need to unite our communities and build a mass movement in order to tackle Islamophobia. For too long, the power dynamic has been such that we are constantly pleading without having any tools at our disposal to leverage. Replicating such a model of political organising, rooted in our communities, would force those with power to take us seriously.