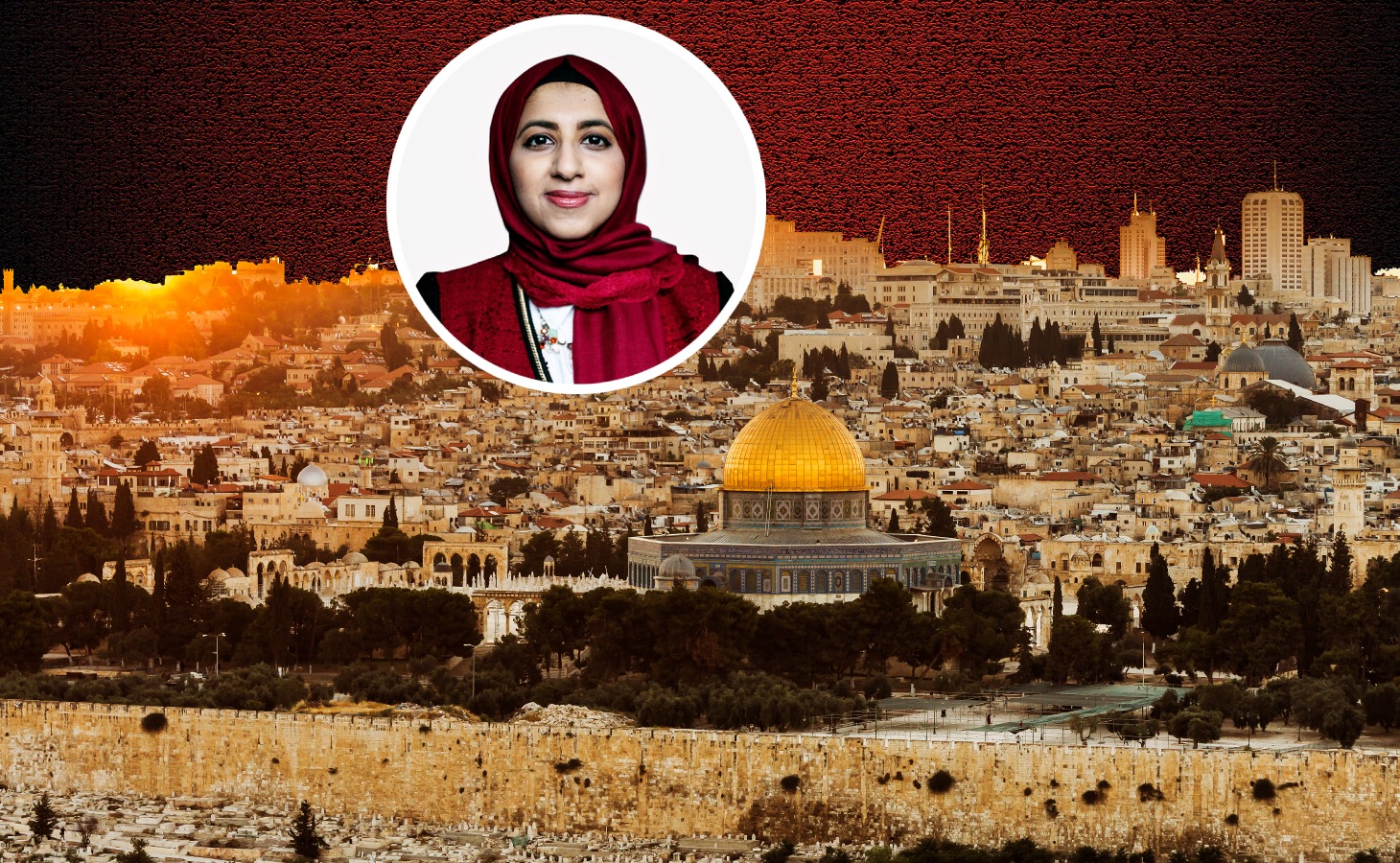 ‍Zara Mohammed on the intensifying backlash Prime Minister Liz Truss has received following her suggestions to move the British embassy to Jerusalem and how Muslims can make their voices of opposition heard.

Jerusalem remains at the heart of the story of Palestine. One of the oldest cities in the world; its 6000-year history of inhabitation has seen times of great turmoil and utopian peace, during which a multi-faith society came to flourish and Abrahamic faiths came to co-exist.

The city is the third holiest site in Islam. In the Qur’an, Allah (SAW) says: “Exalted is He who took His Servant (Prophet Muhammad (PBUH)) by night from al-Masjid al-Haram to al-Masjid al-Aqsa, whose surroundings We have blessed, to show him of Our signs. Indeed, He is the Hearing, the Seeing.” (Qur’an, 17:1). Indeed, we can all recount the story of the night journey and ascension, Al Isra and Mi’raj, the centrality of Masjid Al Aqsa to it, and the vital lessons to be gleaned therein.

Such is Jerusalem’s importance in Islam that the Prophet Muhammad (PBUH) expounded upon the significance of praying in Masjid Al Aqsa: “It is the land of the gathering and the Resurrection. Go there and pray, for one prayer in it is like a thousand prayers elsewhere.” (Sharḥ Mushkil al-Āthār 610).

It is precisely because of this historical and religious significance that recent comments by Prime Minister Elizabeth Truss, who is considering moving the British embassy in Israel from Tel Aviv to Jerusalem, have been met with alarm.

Faith leaders and organisations have expressed deep concerns over such a move. Huge opposition to it has built within the past week: we at the Muslim Council of Britain have written to the Prime Minister, the Archbishop of Canterbury Justin Welby and the Archbishop of Westminster Cardinal Vincent Nichols have urged against such a move. Reform Judaism has cautioned against it, whilst close to 100 young British Jews have written to the President of the Board of Deputies opposing her support for the relocation. The Patriarchs and Heads of the Churches in Jerusalem itself also issued a statement detailing the considerable risks involved.

Former Foreign Secretary William Hague warned that such a decision would align the UK to Donald Trump in foreign policy,  breach UN Security Council resolutions and break the UK’s “longstanding commitment” to pursue a two-state solution.

The UN Security Council Resolution 478 makes clear that Israel’s attempt to change the character and status of the Holy City of Jerusalem constitutes a violation of international law. It reminds the international community that such attempts constitute a serious obstruction to achieving a comprehensive, just and lasting peace. It would be unconscionable for the UK to turn its back on all these commitments, upheld for so long.

In addition, that such a move would even be considered when the Government has been so clear in rejecting Russia’s acquisition of Ukrainian territory by force, is bewildering. We must oppose occupation wherever it may be, and uphold our commitment to a two-state solution, one that has been progressively undermined by successive Israeli governments who occupy Palestinian land.

As Muslims, we have a fundamental concern about rising tensions in a holy city. As Britons, we remain disturbed by the UK Government’s inability to credibly uphold international law. The MCB continues to urge against moving the embassy to Jerusalem in the interest of peace and security, and invite all those concerned to voice their opposition.

How can you get involved? Write to your MP today using the MCB’s dedicated tool: