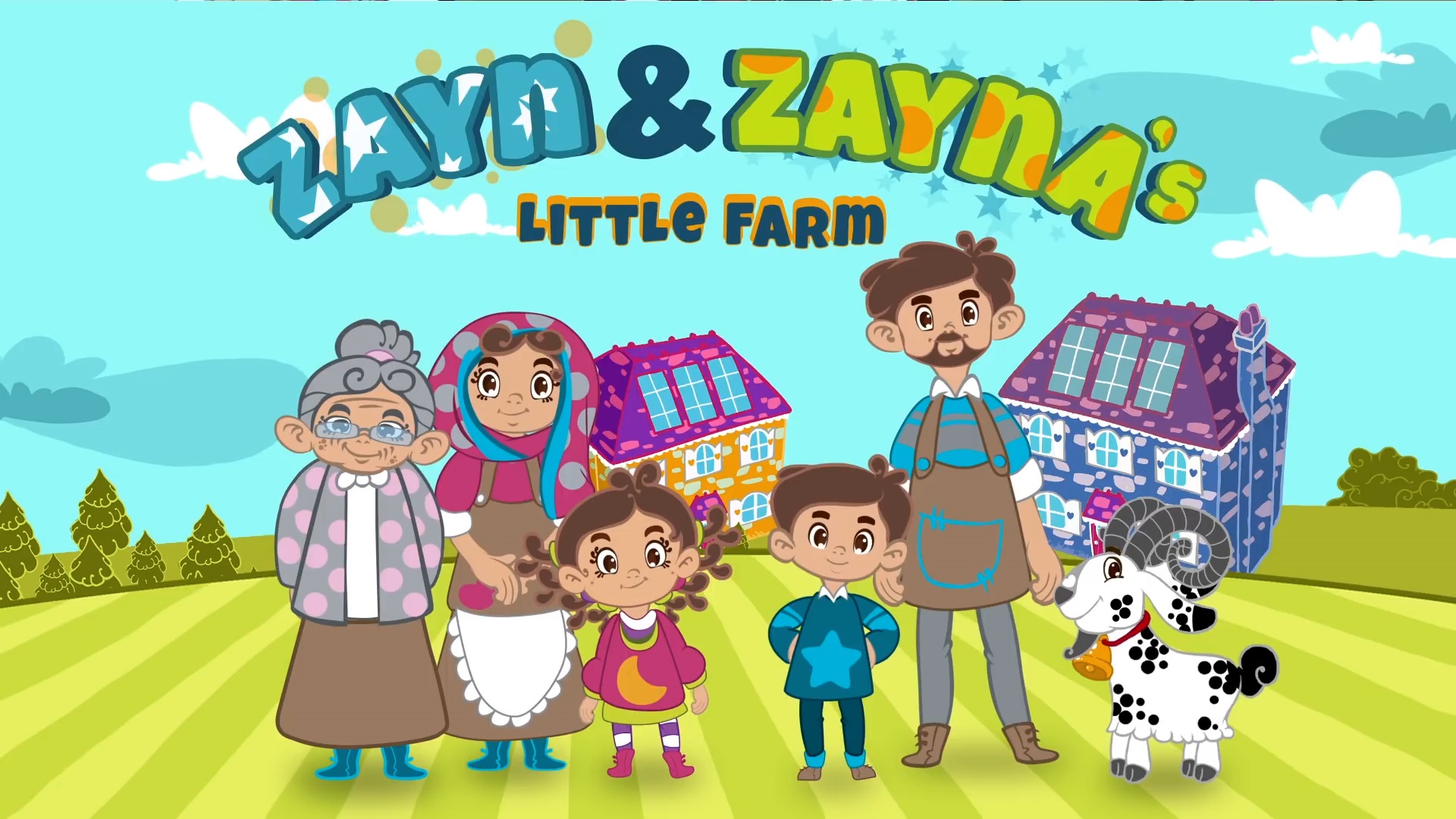 Starting on 6th September, Zayn and Zayna is a show about two children who are part of a British Muslim family living in the countryside, who have moved from the city, so that their mum can become a country vet. According to its creator, Wa'Qaar Mirza, the cartoon: "bases itself around the five pillars of Islam, which the storylines are built around, with an overall theme of family values. The other thing that it is based on is the importance of trust and honesty."

Speaking exclusively to Islam Channel, Wa'Qaar Mirza explained what the show is all about:

"In a nutshell, I guess it's about creativity, communication, and giving the kids confidence, and making them great people. And those are the values that we build the programme on."

"And what the show is about, it's about a family, a Muslim family who lived in the city. Mum was a vet and dad was a grocer. And they've got two kids, Zayn and Zayna. And then the mother always wanted to be a vet in the country. So they decided to move from the city to the country. And it's a story of their adventure of getting there and starting a life there. And they have a small farmhouse."

"Mum's a vet, so she has a veterinary surgery. But the key of the story is that Zayna, who is a key character, every episode has an issue. For example, she might say, 'Why is everybody busy? Why is no one playing with me?' And then her nanny is the wisdom, the righteous person, as it is in our families, our elders are important. She has this thing called the precious book. And they go to the precious book to be inspired and get the answers."

"And so when Zayna says 'look, why is no one talking to me? Why are we so busy?' the nanny looks at the precious book, they find out, well, if she helped others, and she does some housework or whatever it might be then the others will have more time to play with her. So each episode is around the book, around problems around finding solutions, and how we work together. So, in a nutshell, that's it."

Islam Channel's Head of Production, Mars El Brogy, had this to say about the new show coming soon to Islam Channel:

"I'm so happy that we are able to have Zayn and Zayna in our roster of children's programming here on Islam Channel. The topics have such a universal appeal and as a parent, the series is perfect in promoting good moral values. The series properly embraces diversity and inclusivity - we see children who happen to be Muslim that are able to teach others about kindness and sustainability through their nature exploring, playtime and their devotion to their family."