'No, the Conservative Party leadership contest is not a victory for diversity' 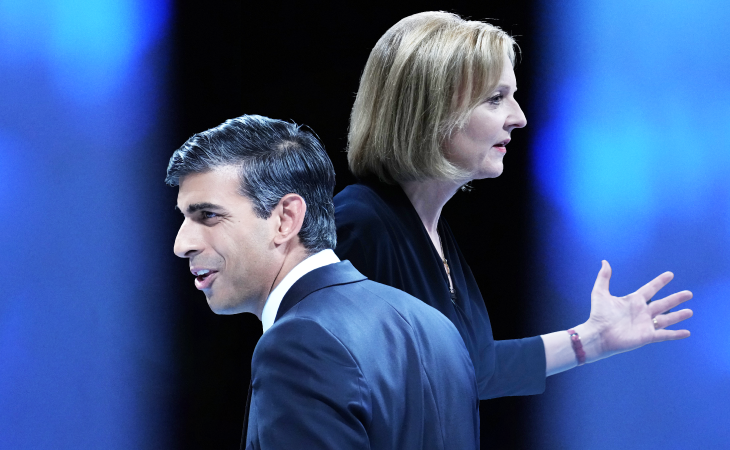 The future leader and prime minister of the British Conservative Party will either be the first non-white person or the third female, as former chancellor Rishi Sunak and foreign secretary Liz Truss battle it out for the top job.

It comes after a string of scandals and a wave of more than 50 minister resignations finally pushed Boris Johnson to step down.

The decision over who assumes the reigns is now the responsibility of around 150,000 Conservative Party members. The most diverse major party leadership contest in UK history was held to select the final two candidates. Four of the eight Conservative MPs who made it to the first round of voting were women and four were from ethnic minority backgrounds.

This provoked much discussion and was celebrated. The Times newspaper heaped praise on the ‘remarkable ethnic variety’ which illustrates the ‘profound social transformation in Britain’. The Telegraph suggested the contest proved the Conservatives are not racist. On the surface, it looks like progress. Particularly as it has come from the party on the right of Britain’s political spectrum when it’s traditionally the Labour Party that is supposed to embody diversity.

However, diversity goes beyond the symbolism. It is about championing policies that assist the disadvantaged and empower the voiceless demographics. Will any of those candidates champion the underprivileged? Don't hold your breath.

The candidates’ complicity in government mitigates the need for speculation. One of Boris Johnson’s last major cabinet reshuffles came in September 2021 and was lauded for being the ‘most diverse cabinet’. Rishi Sunak remained the chancellor and Liz Truss was promoted to foreign secretary. By applying the logic cultivated in perpetuity throughout the contest, that diverse cabinet should have been one to commemorate.

Its legacy instead paints a damning picture. The cabinet that doubled down on the notion that ‘institutional racism does not exist in the UK’ and boasted about being one of the ‘fairest countries in the world’ all whilst trying to deport asylum seekers to Rwanda — a policy engineered by Priti Patel, the home secretary of Indian heritage.

Rishi Sunak invoked sentimentalism and emphasised the fact he is a child of migrants in his campaign launch video. Yet he would press on with the Rwanda plan, employing the type of duplicity the person he is vying to replace would be proud of. Meanwhile, Liz Truss will not only support the plan as prime minister, but has vowed to send even more migrants to Africa and extend the removal scheme to countries such as Turkey.

The ethnicity or gender makes little difference if everyone is singing from the same morally bankrupt hymn sheet and engaging in an immigration arms race. At best, what will prevail will be a continuation of the same inhumane policy agenda. At worst, this would mean a sharpening of the callous blueprint and foster a more hostile environment. You can't tell people who will bear the full brunt of these policies that this is progress just because the person wielding the knife is a female or from a minority background.

The same applies to the socioeconomic realm. Rishi Sunak said he would run the economy like Margaret Thatcher. Her legacy is the doubling of child poverty, the proportion living below the poverty line skyrocketing and a huge rise in inequality. No wonder this is an alluring prospect to Sunak; the former chancellor’s final spring statement set the foundations for 1.3 million people to be pushed into poverty. He has insisted on a continuation of this economic policies if elected.

Liz Truss, keen not to be excluded from the race to see who can inflict the most agony, has pledged to deliver an economic recipe of tax cuts and deregulation. Analysts warned her policies would drive interest rates up and take-home ownership out of the reach of many ordinary families and first-time buyers. In the midst of a raging fire, comprising a crippling housing crisis and a cost-of-living catastrophe, Sunak and Truss’ economic policies amount to pouring fuel on it.

And these policies always have disproportionate impacts on underprivileged communities. Research shows that Black, Asian and minority ethnic families are between two and three times as likely to be in persistent poverty than white households. Meanwhile, around 50% of Muslims households in the UK are living in poverty and deprivation.

So, all the purported ‘clean break’ or ‘fresh start’ conversations are characteristic Conservative hot air. There will be a diversity in appearance, but crucially, not in thought or policy.

As the writer Gary Younge once put forward, it is pointless glorifying those who have broken through the glass ceiling if they’re disabling the lift for those trapped in the basement.

Hamza Ali Shah is a political researcher and writer based in London. He has previously written for Tribune Magazine, Byline Times and The New Arab. He’s on Twitter at @Hamza_a96

'We can open doors and hearts with #VisitMyMosque 2022'
'Islamophobia isn't confined to bigots; it permeates our politics and media'
'When discussing the struggles of working-class communities, why are British Muslims ignored?'