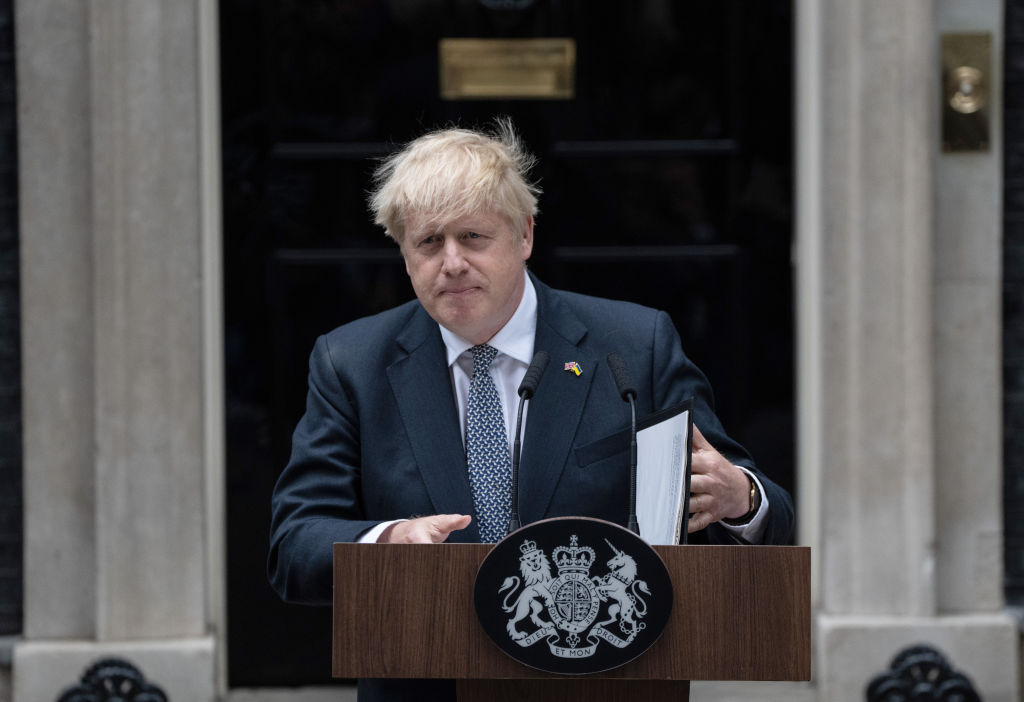 British Prime Minister Boris Johnson has finally resigned after a torrid few weeks, ending one of the most divisive and turbulent premierships in British politics.

His own party members cited the reasons for withdrawing support, using words like "indefensible", "untenable" and questioning Johnson's “integrity” and “decency."

Muslim groups and commentators are asking why these politicians are having this epiphany now, given Johnson's past records and statements.

The Muslim Council of Britain’s Secretary-General Zara Mohammed said Johnson's tenure was a "symptom of toxic British politics which marginalises minorities and punishes the most vulnerable in society."

"Over the years the Muslim Council of Britain has shown how Muslims in particular, have been demonised and viewed through the prism of security, distrust, and ridicule.

"Before becoming Prime Minister, Boris Johnson mocked Muslim women, causing an upsurge in Islamophobic attacks, and yet, the Tories chose him as a leader without censure; underlining how Islamophobia is rife in the Conservative Party and in politics in general," she added.

The Muslim Association of Britain said Johnson has presided "over some of the most cruel and disastrous policies this country has ever seen."

It cited the record COVID deaths, rise in Islamophobia, Rwanda deportations, and citizenship deprivation amongst other things.

"He hasn’t apologised for a single one," the group added.

"Shame on those who enabled him”

MP Zara Sultana tweeted how much of the political class “shrugged their shoulders” when Johnson mocked Muslim women as “bank robbers” & “letterboxes."

"Shame on those who enabled him," she added.

Today I’m thinking about the time Boris Johnson mocked Muslim women as “bank robbers” & “letterboxes” — sparking a 375% rise in Islamophobic incidents — & much of the political class shrugged their shoulders & let him off.

Good riddance to Boris. Shame on those who enabled him.

Journalist Basit Mohammed said he had "no sympathy" for Johnson.

"If you grew up in such communities, you would see the damage he's done and how he fanned the flames of intolerance," tweeted Basit.

That doesn't mean to say bigotry and intolerance will no longer exist following his departure, but spare me the we should feel for him. If you grew up in such communities you would see the damage he's done and how he fanned the flames of intolerance.

Balkans historian Edin Hajdarpašić pointed out some of Johnson's views about the Srebrenica massacres.

With Boris Johnson's term winding down, now is a good time to remind you that he whatabouted Srebrenica—"they weren't exactly angels, these Muslims"—and always refused to retract his genocide-friendly comments. Cheerio and rot in hell, BoJo! pic.twitter.com/TGa8fmwg9j

The Tory party under Johnson has been accused of not taking Islamophobia seriously.

The Singh Review, published in May last year, found that Islamophobia in the Tory party is a problem. But no concrete actions have been taken since its findings.

Unlike the other major parties, the Conservative Party has still not adopted the APPG British Muslims' widely accepted definition of Islamophobia despite other parties and politicians urging it to do so.

Even a Tory MP, Nusrat Ghani, earlier this year alleged that when she was sacked as minister in 2020, a government whip said her "Muslimness" was “making colleagues uncomfortable."

Johnson has also presided over the controversial Nationality and Borders Act, which gives the government powers to strip individuals of their British citizenship without notice.