Droughts devastate parts of Turkey due to climate change 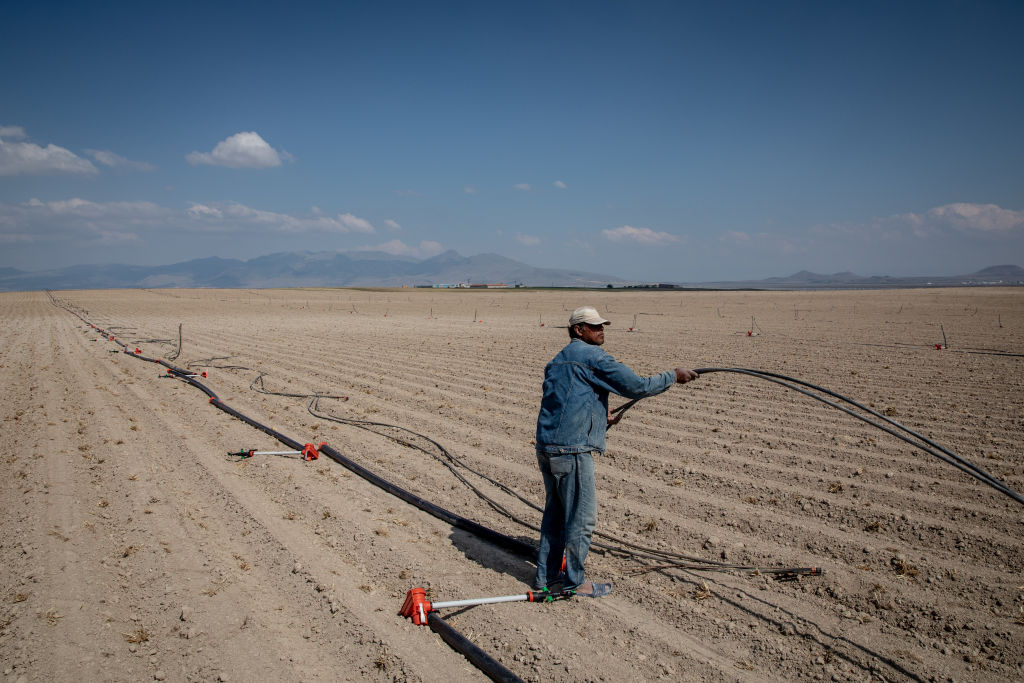 Farmers in parts of Turkey are experiencing severe droughts as a result of climate change.

The droughts have devastated the livelihood of thousands of farmers.

Turkey has experienced low rainfall in the past two years. Experts say it could risk the nation’s food security with more droughts expected due to climate change.

Agriculture and Forestry Minister Bekir Pakdemirli said the government wanted to prepare a water law and submit it to Parliament.

“Our goal is to ensure each citizen has access to clean water today and tomorrow, to preserve our water resources, to use them efficiently and make them available for the future. This council is a road map to achieve these targets,” he said.

The minister noted that the state had invested $32 billion in 8,696 facilities for access to water in the past 19 years.

“For instance, construction of 600 dams was completed in 19 years, and this number is more than double of all dams constructed in the history of the Republic of Turkey. We also ensured irrigation of 80% of land feasible for agriculture, completed construction of 3,300 kilometres of water supply pipelines. These investments put Turkey ahead of many developed countries at the rate of access to clean water, which is now 99%,”

“It is important to preserve the water at its source and improve its efficient use. We are working to minimize vaporization losses in dams for this purpose,” Pakdemirli said.

This summer, Turkey has experienced 167 wildfires, killing 8 people a couple of months ago. There were also flash floods in the Black Sea region, with the death toll reaching 27 people.