'Islamophobia Awareness Month 2022: Tackling the denial in our midst' 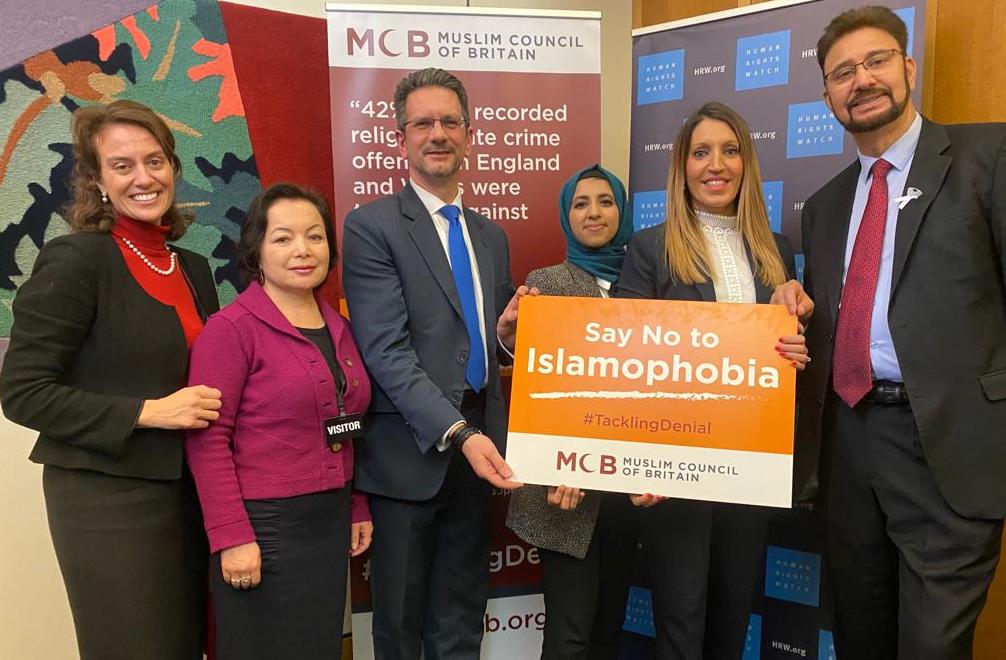 As Islamophobia Awareness Month draws to a close, Zara Mohammed looks at what we can do to raise awareness about Islamophobia and how best to tackle it

This year’s Islamophobia Awareness Month, had a very fitting theme: ‘tackling denial.’ As I reflect on the events I have spoken at marking IAM2022, I cannot help but recall how many times I was asked in earnest if Islamophobia was even real, or engaged in a discussion on the semantics of the term itself.

If we look at the last few weeks alone; we saw a terror attack on a migrant centre in Dover with the perpetrator claiming he wanted to ‘obliterate Muslim children’ beforehand; the sacking of NUS President Shaima Dallali, who was subjected to Islamophobic abuse and even death threats during in the lead up to it; and an appearance by Muslim Hikers on an episode of Country File, which triggered a barrage of Islamophobic abuse targeted at them online. And yet, we are continually asked if Islamophobia is real?

Tackling this deep-rooted denial lies at the heart of challenging Islamophobia, however it may manifest, in our midst. In this vein, IAM 2022 has seen hundreds of events being held across the UK, helping to create awareness and fostering allyship.

So many more have learned of recent hate crime statistics recently revealed by the Home Office in which 42% of all recorded religious hate crime offences in England and Wales were targeted against Muslims. We know that visibly Muslim women are the most likely targets. Also, given the underreporting of such instances within our communities, the number is likely higher in reality.

Islamophobia in the media has also been extensively explored. The MCB’s own Centre for Media Monitoring, looked at the reporting trends on Islam and Muslims in the British media and found that 60% of all reporting about Muslims was negative. We know there are many people in the UK who have never met a Muslim, so this type of coverage is their reference point and plays a large part in contributing to negative stereotypes and deeply concerning attitudes towards Islam and Muslims.

What is less acknowledged, but remains vital to fostering greater understanding of Islamophobia, is how it is structural in nature. It can impact every facet of a British Muslims’ lived experience, and limit their chances for opportunity and growth in life. Recent studies have confirmed a ‘Muslim penalty’ exists in employment and even securing car insurance proves costly for those with Muslim-sounding names.

The role of politics

The role of politics and decision makers is critical to addressing the scale and scope of Islamophobia in our society, and so the MCB continues to bring it to their attention.

This month, the Muslim Council of Britain joined Afzal Khan MP and Human Rights Watch in hosting an IAM2022 parliamentary drop-in session for parliamentarians. We were pleased to see so many MPs from across parties attend, all pledging their support in tackling Islamophobia.

Constructive dialogue is always a powerful connector, and it was heartening to see MPs be receptive to it, listening and learning about the pervasiveness of Islamophobia in our midst, how it manifests and how we can come together to tackle it.

Thank you to all the MPs that attended my Islamophobia Awareness Month drop-in today.

It was great to see cross-party support on this important subject.

Together we can tackle this awful hatred which impacts Muslim communities in the UK and worldwide.#IAM2022 pic.twitter.com/e64HYBVwx0

Islamophobia cannot continue to be as pervasive as it has become in recent decades. Failure to tackle Islamophobia as a matter of urgency poses a continued threat to the safety and success of British Muslims, and the diverse communities of which they are a part. As such, IAM 2022 may be coming to a close, but that does not mean we stop raising awareness and forging connections.

The MCB, for its part, will continue to engage parliamentarians on this vital issue, encouraging political parties to look inwards to address Islamophobia, however, it may manifest, within their rank and file.

The Government itself needs to take definitive steps towards tackling Islamophobia, by first and foremost adopting the APPG on British Muslims definition of Islamophobia, the most widely recognised and endorsed in the UK.

It also needs to proactively engage with a cross-section of Muslim-­led organisations on the issue and provide regular updates on actions it has taken to tackle Islamophobia within its own party since the release of the Singh Investigation in May 2021.

Video: Why is everyone hating on the Bisht?
Video: What can we learn from the Qatar World Cup?
'We cannot rely on institutions to tackle Islamophobia. Self-organising is key'