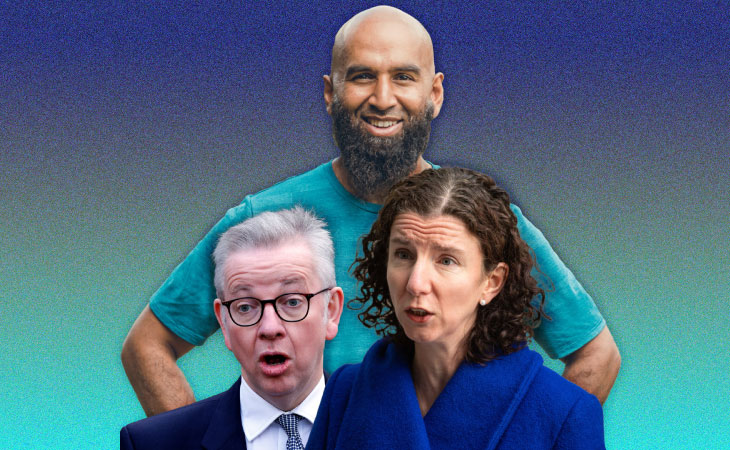 November is Islamophobia Awareness Month and each week we'll highlight some stories from the past few days that highlight the problem of Islamophobia in society.

Just before Islamophobia awareness month kicked off, it was reported that the government was dropping its work on establishing an official definition of Islamophobia.

The government promised to work on its own definition three years ago after it failed to adopt the APPG British Muslims' definition of Islamophobia — a definition that has been accepted by every other major political party.

The Independent newspaper said current Communities Secretary Michael Gove, who has been described in the past as “the unsung commander-in-chief of the Islamophobes inside the Conservative Party," opposes the establishment of a definition.

Gove also called the APPG definition “drivel” at an event last month hosted by a lobbying group linked to "US far-right ‘dark money,’" according to Byline Times

Staying with politics, the Labour Party has called on Rishi Sunak to appoint a new ethics adviser and tackle the “disgraceful” delay in investigating the claims of Islamophobia in the Conservative Party.

In January, Tory MP Nus Ghani alleged that when she was sacked as minister in 2020, a government whip said her 'Muslimness' was 'making colleagues uncomfortable.' Boris Johnson ordered a Cabinet Office inquiry into the allegations, but the various leadership changes has delayed the process.

“As we enter Islamophobia awareness month, it is disgraceful that an investigation into Islamophobia within the Conservative Party has still not been completed — ten months after the allegations were made," reads a letter by Labour's deputy leader Angela Rayner and party chair Anneliese Dodds.

“It tells you everything you need to know about the Conservatives’ commitment to tackling this insidious hatred in their ranks."

Police finally confirmed what everyone has been saying about the petrol bomb attack on the immigration centre in Dover; that it was a terrorist attack fuelled by far-right extremism

In his final tweet just before the attack, Leak said he planned to 'obliterate Muslim children.' The terrorist's social media presence suggests he was heavily influenced by extreme right-wing ideology.

The founder of the Muslim Hikers said the group was subject to "shocking" online abuse since appearing on the flagship BBC show Countryfile.

Haroon Mota and 200 other members of the Muslim Hikers were filmed taking part in an outdoor arts event at England's highest mountain, Scafell Pike.

So, #Islamophobia Awareness Month starts tomorrow, so it's quite timely for me to highlight another episode of abuse we've been receiving since @Muslim_Hikers was featured on @BBCCountryfile yesterday! This year's theme for @IslamophobiaAM is #TacklingDenial 👊 pic.twitter.com/ak9RjzDNqK

It's not the first time the group has received online abuse. Last year, the Muslim hikers received overwhelming support after their Christmas day trek in the countryside received racist comments on social media.

Round-up of other stories

A former soldier pleaded guilty to racially/religiously aggravated common assault after chasing a Muslim man down the street with two umbrellas and using racial slurs. Robert Browne assaulted Shabir Makim after he intervened when the attacker got involved in an argument with a homeless man begging.

Katie Hopkins saw her upcoming live theatre tour scrapped after just 24 hours thanks to a backlash from furious locals in Bedford, who launched a petition accusing her of being a racist. A Bedford Borough Council spokesperson said it cancelled the event as it did not support the city's diverse community.