Islamophobia Awareness Month: what you need to know this week 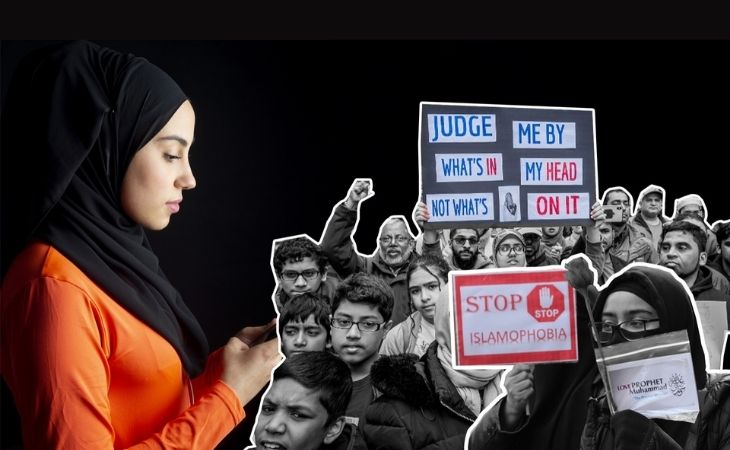 November marks the beginning of Islamophobia Awareness Month. We round up some of the stories from the past few days that highlight the problem of Islamophobia in society.

Started back in 2012, Islamophobia Awareness Month is dedicated to showing the experiences and impact of Islamophobia on the lives of British Muslims.

MEND, a non-profit organisation that helps to empower British Muslims, marked the beginning of the campaign with an event that Islam Channel attended.

Labour MP Afzal Khan accused the Conservative government of being "in denial" or "shockingly complacent" about Islamophobia and added that the Prime Minister was personally culpable for fuelling the problem.

In a damning piece for The House Magazine, the MP for Manchester Gorton also called out the party for still refusing to accept the All-Party Parliamentary Group (APPG) on British Muslims' widely accepted definition of Islamophobia.

Khan was due to lead a Westminster Hall Debate on Tuesday about the topic, but it was postponed for a later date after he tested positive for Covid.

Earlier in the week, we covered a story about the real dangers of Islamophobia. Sam Imrie, who idolised right-wing mass murderers, threatened to burn down an Islamic centre and was convicted of terrorism charges.

Related to racism and involving a Muslim player, the fallout since we covered this story at the start of the week has been extraordinary. More details are emerging, including allegations of Islamophobic incidents, with each passing day.

Former and current cricketers have been implicated in the race row, Yorkshire Cricket Club's board members have resigned and many of the club’s sponsors have cut ties with the club too.

It comes after an investigation found Rafiq was a victim of racial harassment and bullying, but the club decided not to take any disciplinary action against anyone.

The story gained momentum when ESPN cricinfo got their hands on the report that included details of the racism — a senior Yorkshire cricketer, who was cleared of wrongdoing, repeatedly called Azeem a 'P**i'.

The tussle over hijabs

In the last few weeks, we've covered many stories about the discrimination women in hijab face — and sadly this week's been no different.

A worker who was sacked for pulling down a colleague's hijab twice lost an unfair dismissal case. Natalie McGonigle's defence was that she was 'having a laugh'.

Commentators on social media pointed out that it was another example of French politicians claiming to champion freedoms but denying Muslim women the right to wear what they want.

And just to balance out the universe, it wasn't all bad news on the hijab front — meet the engineer who was encouraged by her employers to create the PPE hijab. It allows Muslim women to wear safety helmets properly.