Macron and Le Pen to fight for presidency — what does it mean for French Muslims? 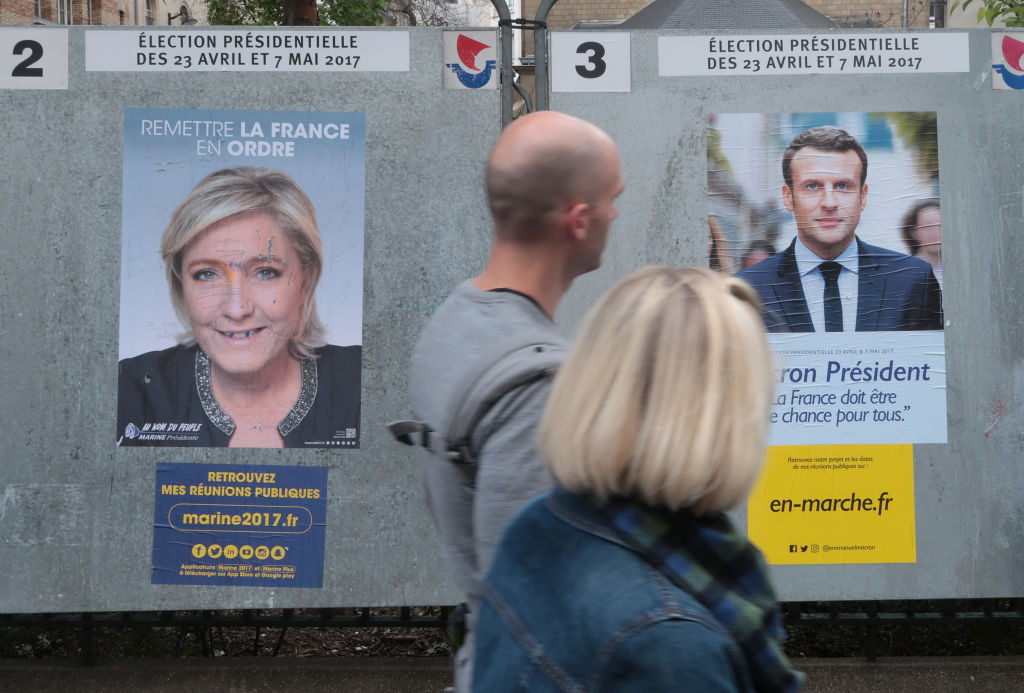 Emmanuel Macron and far-right rival Marine Le Pen will fight it out for the French presidency — but where do they stand on Islam and what does it mean for French Muslims?

Macron won the first first-round convincingly but polls suggest the run-off with Le Pen will be closer.

France has around 5.7 million Muslims, the largest Muslim population in western Europe. But Muslims in the country face discrimination, racial violence, and toxic political discourse, which has prompted many educated Muslims to flee the country.

Last month, the rector of Paris's historic Grand Mosque said anti-Islam rhetoric in the French presidential election campaign risks creating a “spiral of hatred" and warned the situation was similar to how Jewish people were discussed in the 1930s.

So what part have Macron and Len Pen played in this rhetoric?

French President Emmanuel Macron was elected in 2017 to oppose the far-right and be more inclusive and open. But instead critics argue the President has made France more inhospitable for Muslims.

In October 2020, Macron made a high-profile speech in which he said Islam was "experiencing a crisis" and claimed that Islam in France should be free from "foreign influences.” It prompted condemnation from the leaders across the Muslim world, including Turkey's Recep Erdoğan who questioned what problem Macron had with the faith and Muslims.

Macron has also curbed foreign imams coming to France and urged the French Council of Muslim Faith (CFCM) to adopt the "Imam charter" to help create an “Islam of France." CFCM's complicity did not save it from getting dissolved — the group was later replaced with a new body set up by the government.

An academic report last year concluded that France's anti-Muslim agenda was the most troubling out of every other European country, and it lay the blame on Macron's door. "It is not a far-right government, but the Emmanuel Macron-led French government that concerned people around the world," said the report.

Marine Le Pen is the far-right challenger to Macron. She was initially shaken by rival Eric Zemmour, who outflanked her on the anti-Muslim rhetoric.

But with other far-right candidates now out of the running, La Pen could benefit from their supporters as well as those that oppose Macron.

The leader of the National Rally party — previously National Front — wants to ban the hijab from all public places, including the streets, describing it as an “Islamist” piece of clothing.

Recently, when a European rights group produced a series of social media posts celebrating women in hijab, Le Pen tweeted: "It's when women take their veil off that they become free, not the other way around."

In 2010 she compared Muslims performing prayers in the street to France's Nazi occupation, while in 2021 she was cleared of hate speech charges after tweeting graphic pictures of Islamic State atrocities

Le Pen's father, Jean-Marie Le Pen, was the founder of the party and a hated figure amongst the Muslim and immigrant community. She claims to be less extreme than her father but still wants to change immigration laws and prioritise services for French citizens over immigrants.