'Stand up for your Muslim friends': Bella Hadid urges solidarity with hijabis 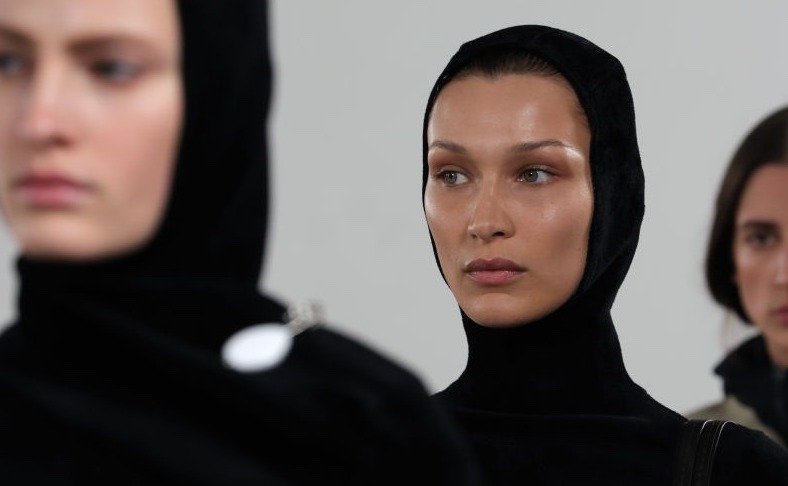 Social media influencer Bella Hadid has called out the discrimination and Islamophobia Muslim women who wear the hijab face and urged people to do more and "stand up for your Muslim friends."

The 25-year-old shared a series of posts on her Instagram page raising awareness about the struggles of Muslim women in the world today.

Hadid called out countries like France and India for their discriminatory approach to hijabis. She also highlighted the case of Hoda Al-Jamaa, a 17-year-old schoolgirl from New Zealand who was on the receiving end of an alleged Islamophobic attack.

The model pointed out that although the hijab and head coverings are starting to make an appearance in fashion, people should not ignore the daily struggle, abuse, and discrimination Muslim women face because of their faith.

"I have seen first hand, the discrimination that POC & Muslim people face on a regular basis in fashion. I know many of my Muslim sisters have faced unfair projections of others. It’s biased, prejudice (sic) and straight up racist," said Hadid.

"If we are seeing more and more appreciation of hijabs and covers in fashion, we have to also acknowledge the cycle of abuse that Muslim women of all different ethnicities in fashion get met with on a regular basis within fashion houses, especially In Europe & America."

"Stand up for your Muslim friends. If you see something, say something," she urged.

In the post, Hadid shared a photograph from a recent project by French publication Yard which aimed to challenge stereotypes of hijabi women and included her friend - hijabi French model Taqwa Bint Ali. Hadid said her friend took part in the shoot because she had never seen "pictures of Muslim women smiling and colorful."

Hadid cited the discrimination Muslim hijabis faced in parts of the world, calling out France, India, Quebec and Belgium.

"I urge France, India, Quebec, Belgium, and any other countries in the world who are discriminatory against Muslim women, to rethink what decisions you have made or are trying to make in the future about a body that is not yours. It’s not your job to tell women what they should or shouldn’t wear, especially when it is pertaining to faith and safety," she said.

"Hijabi women in France are not allowed to wear their Hijab to school, to play sports, to swim, even on their ID pictures. You can’t be a civil worker or work in hospitals with a Hijab. To get an internship, most universities will say, the only way to get one is to take off the hijab. It’s ridiculous and really shows how Islamophobic the world is without even acknowledging it. In regards to these new Bills that are either in the process of being passed, or have already."

India has been in the news recently after several educational institutions in some parts of the country began enforcing rules against wearing the headscarf in class.

Meanwhile, in France the lower house of parliament is set to vote on a bill that would ban the wearing of hijab in sporting competitions. Only this week, The European Network Against Racism (ENAR) accused the French government of targeting Muslims and civil rights groups that counter anti-Muslim haltered and racism.

Hadid's Instagram thread concluded with her giving her message to her followers. She highlighted the story of Hoda, who had her hijab ripped off at her high school in New Zealand. The attackers allegedly shouted “Muslim b*tches”, “Terrorists” and other racially motivated words.

"Just like Hoda and her friends in this story down below. It makes me angry and sick to my stomach. we need to change this mindset of immediate judgement. teach our friends, children, parents, families that wearing a hijab, being Muslim, or being anything other than white in general, does not equal being a threat or different than anyone else," said Hadid

"I am so sorry to the ones that have felt this kind of disrespect. You do not deserve it. Keep your faith. Love your God. Be you. And the ones who appreciate and love you for YOU are the only ones that matter. It’s not you, it’s them. Remember that. I love you," she concluded.

Speaking up to raise awareness

Melanie Elturk the CEO of Haute Hijab, a retailer that seeks to empower women who wear the hijab, told Islam Channel that it is important for those with platforms to speak up.

"As Martin Luther King Jr. said, 'injustice anywhere is a threat to justice everywhere.' It's imperative people with a platform who feel strongly about the issue speak up to raise awareness on something that should be so inherently simple," said Melanie.

"A woman who chooses to cover is her choice. It does not threaten the life or liberty of anyone around her, yet time after time we see her being barred from expressing who she is."

Even though the current mainstream fashion trend seems to celebrate the hijab, there is still a lot of discrimination towards Muslim women, especially in political circles.

"A hijab-wearing woman knows exactly who she is," added Melanie.

"She is beautiful and powerful and doesn't wait for anyone to tell her how to move. That can be intimidating for some. Clearly, it's threatening to entire government entities. How powerful is a hijab-wearing woman that her very existence threatens those around her?"