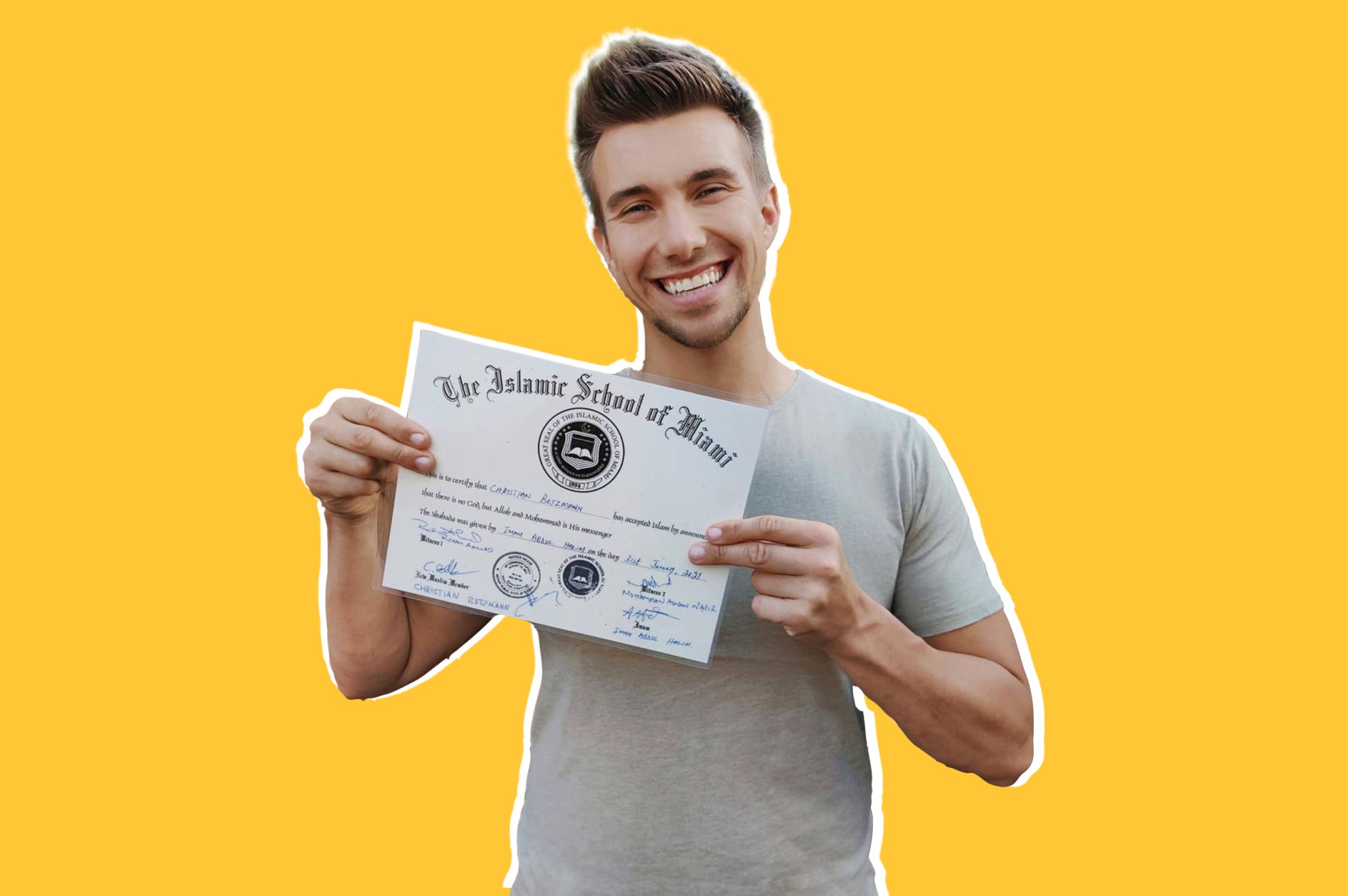 The Viral German vlogger Christian Betzmann reverts to Islam after spending a year in Pakistan.

He announced in one of his videos that he was to take his shahada at a mosque by stating the following:

"Today is a very special day. Today I will officially be embracing and accepting Islam. So I started this channel last December and spent almost one year in Pakistan. During this time, I’ve met so many incredible people and I learnt a lot about the culture, the religion and its lifestyle.

Growing up in Europe, Islam is always connected with negativity, war, terrorism. But to be completely honest, I was never really a super religious person before, so I didn’t really care what people thought back then. In fact, my best childhood friends were Muslims, and they lived right across my house in Germany, and we had an awesome time.

But Islam is a religion of peace, and I felt a deeper connection and something I want to explore deeper."

We then view a clip of him announcing his Shahada before being warmly embraced by those inside the mosque.