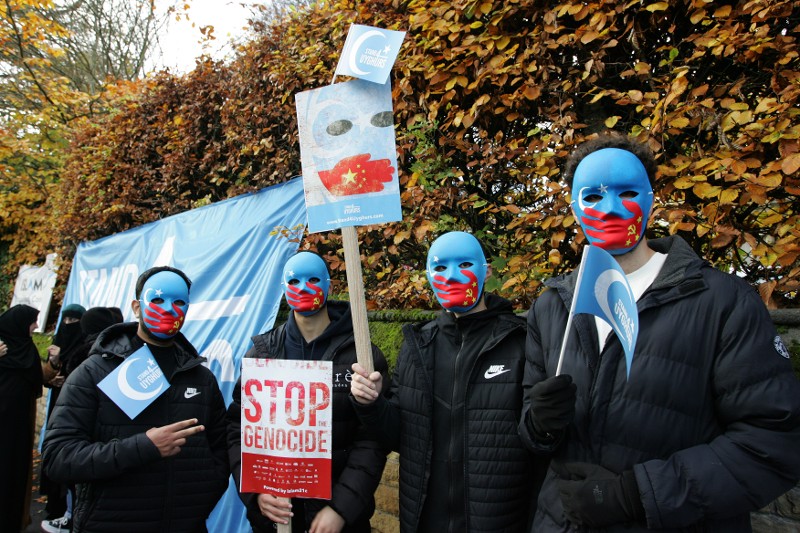 We continue our Islamophobia Awareness Month round-up by looking at some of the key stories from the past week.

Labour MPs Afzal Khan and Anneliese Dodds spoke to Islam Channel about the importance of Islamophobia Awareness Month and the need for politicians to do more.

They urged the government to accept the APPG definition of Islamophobia and help tackle the "very stubborn presence" of anti-Muslim sentiment in the UK.

Khan regularly raises the issue of Islamophobia in the Conservative Party. But Labour too has been accused of Islamophobia, most recently from within its own party, related to how it treats some of its Muslim MPs.

The issue around the Conservative Party not accepting the APPG definition of Islamophobia was also a topic of conversation in this week's NewsTalk — our new current affairs show.

Aman Ali from MEND and Halima Begum from Runnymede Trust joined us to discuss the importance of Islamophobia Awareness Month — that it's not just a Muslim problem, it's a societal issue.

But is Islamophobia getting worse? Begum thinks so but she feels Muslims are being more vocal about it: "It's coming to a point where British Muslims have had enough and are articulating their voices and wanting to see less prejudice, negative attitudes towards their religion and looking forward to improving outcomes."

Ali highlighted the worrying trend in Europe with far-right governments bringing in policies to ban things like hijabs and minarets. "Our responsibility is to be cognisant and aware of that," said Ali.

Both talked about celebrating Islamic achievements so the public isn't just exposed to the negative narrative of Islam and Muslims fed and frequently generated by the media.

On NewsTalk, we also talked to Dr Salman Butt, the chief editor of the Islam21c website, who received an apology and compensation from the government for falsely alleging that he was an "extremist hate preacher."

You can watch the full interview on catchup but here's a snippet.


Former Yorkshire cricketer, Azeem Rafiq batted back tears as he relived some of the racism and Islamophobia he faced as a player, including how he was forced to drink wine at the age of 15.

Speaking to the Digital, Culture, Media & Sport committee, Rafiq also spoke about the Islamophobia faced by another Muslim player at Yorkshire. He said whenever that player made a mistake whilst fasting, fellow players and coaches would blame him because he was fasting.

"There just seemed to be an acceptance in the institution from the leaders and no one ever stamped it out," said Rafiq, who himself has since apologised for racist comments he's been found to have made.

The whole fall-out from this saga is expected to lead to some seismic changes not just in cricket but in sport in general.

Read more about the story here‍

Watch the thousands of people that turned up outside the Chinese embassy in London to protest against the oppression faced by Uyghur Muslims in China.

Simultaneous protests in support of the Uyghurs were carried out in London and Manchester over the weekend. Check out some of the social media coverage from the events that we collated.