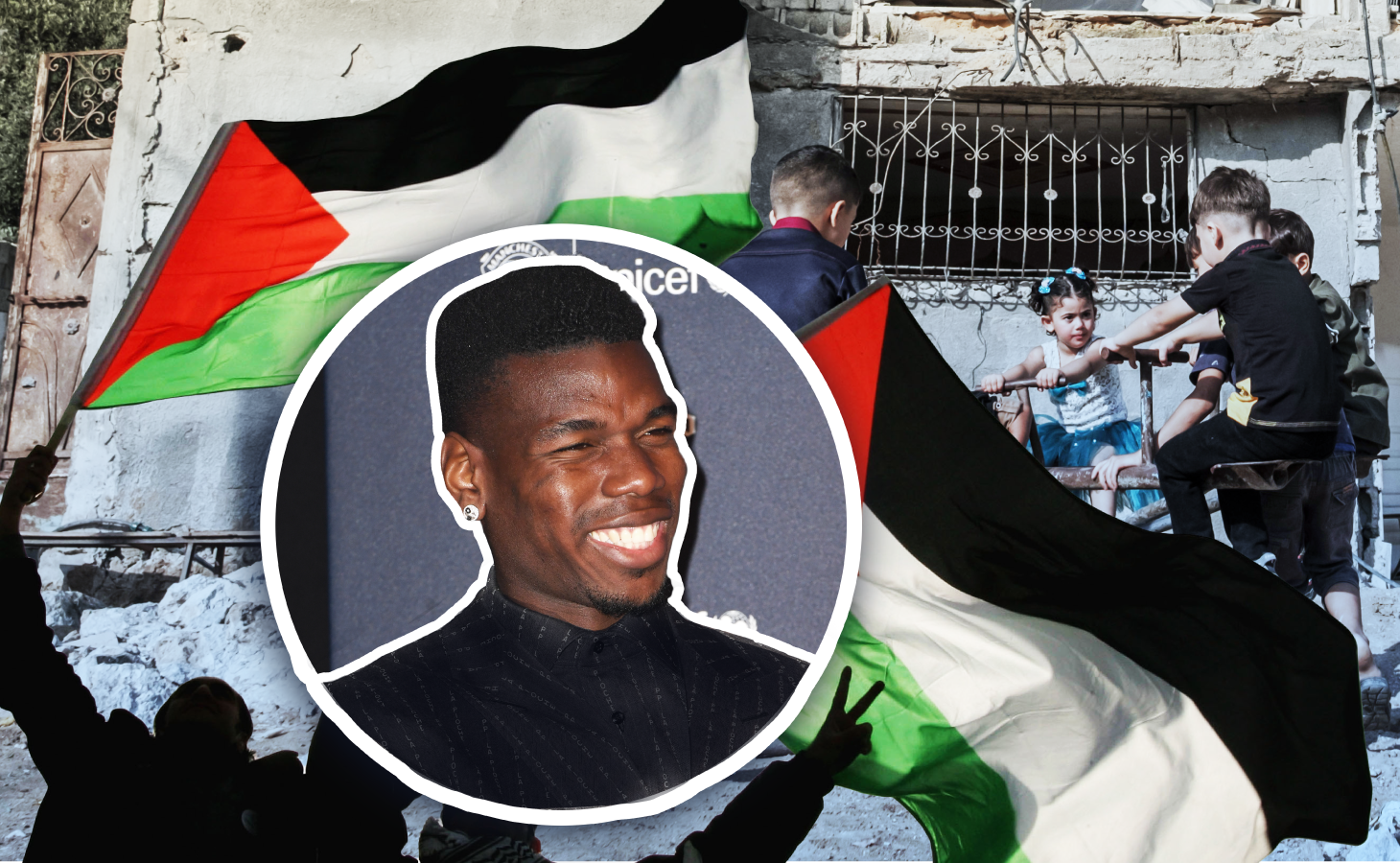 Pogba shared a photo of the children killed in Gaza on his Instagram. The caption read, "May Allah protect the people of Gaza."

Last week, over three days, Israeli air strikes on the besieged strip killed at least 48 Palestinians and injured more than 360 others. Sixteen of the dead were Palestinian children.

A ceasefire came into effect last Sunday following an agreement brokered by Egypt.

It is not the first time Pogba, who recently moved to Juventus from Manchester United, has shown solidarity to the Palestinian cause. During Israel’s 11-day bombardment of Gaza in May 2021, he raised the Palestinian flag after the last game of the Premier League season.

The gesture came just days after two Leicester City fans and a steward helped Leicester City's Hamza Choudhury and Wesley Fofana get a Palestinian flag on the pitch.

Since last year's attack on Gaza, celebrities have become more vocal about their support for Palestine.

For many years, Israeli propaganda swayed much of the Western world but the Palestinian narrative is now cutting through

Much of that is due to the influence of Muslim sports stars and social media influencers.

Read: Four reasons why Palestinians are winning the media war

Meanwhile, prominent social media figures have also had an impact. Bella and Gigi Hadid (whose father is Palestinian) have influence when it comes to raising awareness about Palestine.

Non-Muslim figures have also been more open about their solidarity, including actors Emma Watson and Mark Rufallo, singer The Weeknd and acclaimed writer Sally Rooney.